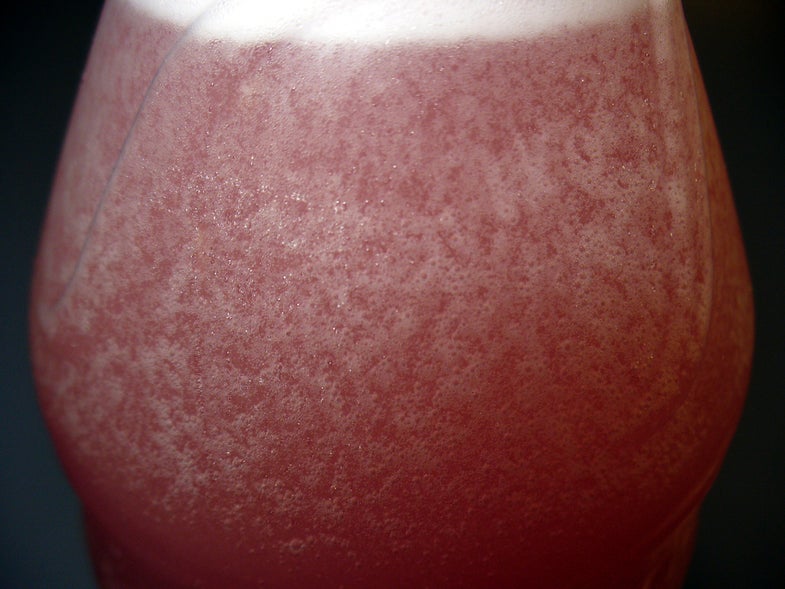 Yesterday morning, 5 am: Oh s***. I’m done for. The viral infection so potent it fells healthy 20-somethings for a week at a time, the epidemic so ubiquitous in our New York offices that it’s now referred to simply as the PopSci Plague, the flu that crushes your brain and blows it through your digestive tract has finally come for me. It is my time. I can feel it: A sore throat and vague headache that are the opening salvos of a dispiriting scorched-earth campaign. It’s too late to fight.

My girlfriend came down with this flu about two weeks ago. Since then, I’ve been downing a packet or two a day of Emergen-C, the fizzy powdered drink mix that contains 1,000 milligrams of vitamin C (1,667% of your recommended daily allowance) along with lots of B vitamins and other goodies. I credited it with protecting me from her strain. Now it was time for one last desperate shot—could it boost my immune system enough to stave off a sure week spent moaning in bed?

It’s almost a cliché to say there are lots of conflicting reports about the efficacy of natural cold and flu remedies. The LA Times recently did a great round-up of the consensus findings about vitamin C, echinacea, zinc, ginger and the like. Verdict: eh, maybe. But my dad has always sworn by mega-doses of vitamin C, and if nothing else, the placebo effect is a helluva thing.

And so I began the regimen: One Emergen-C at 5 am. Another once I woke up (again) at 8. Another when I got to work, two more after lunch. In all, I think I must have had six or seven packets of that goodness yesterday—probably not a dosage you want to subject your body to every day, but these were trying times.

Those, plus the 11 hours of sleep I got last night, are what I’m crediting with my slow return to health today. The throat feels better, as does the head. I’m not 100 percent, but I’m moving in the right direction. At least I feel well enough to head to the PopSci mixer this evening, thrown to toast the end of the Plague.

What do you use to stave off the flu? And do you think it really works, or is it just the blessed placebo effect in action?