Controlled Flood in the Grand Canyon Planned For Next Month

The flooding aims to help restore the Colorado River ecosystem to its pre-dam conditions, but many remain skeptical of the plan 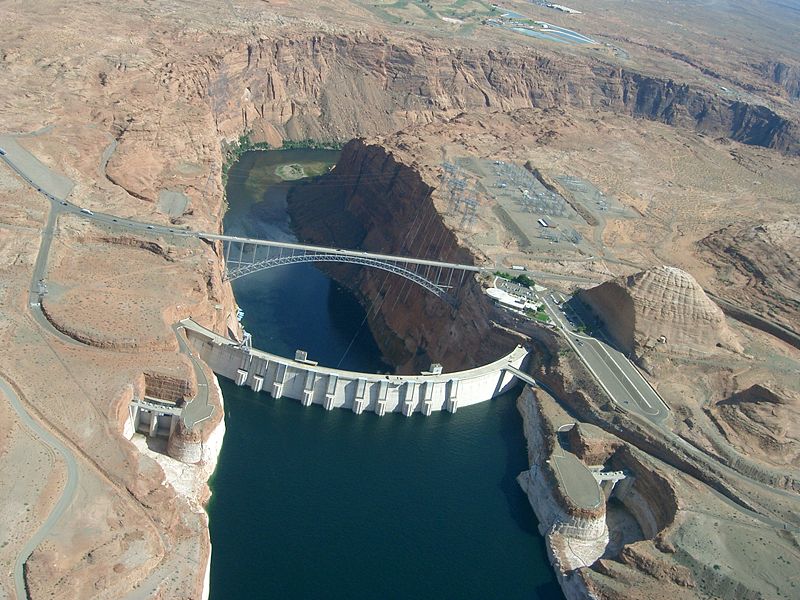 During a controlled flood, the dam will release 41,000 cubic feet of water per second. PRA/Wikimedia Commons
SHARE

The AP is reporting that next month the U.S. Geological Survey will stage a controlled flood of the Colorado River in the Grand Canyon via the Glen Canyon Dam in order to learn whether they can approximate the natural conditions of the river.

The flood will release 41,000 cubic feet per second of water for nearly three days. This is the third experimental flood since 1996, part of an on-going study the results of which have yet to be released. Environmental opponents argue that the flooding needs to occur in regular intervals that mimic more closely the natural cycle of flooding, and that the data already shows this to be true.

Rivers depend on natural cycles of flooding in order to replenish nutrients and to create specialized habitats for plants and animals. As a river flows, it brings sediment from its upper reaches to its lower, distributing food and minerals along the way.

When a river floods, it collects an abundance of nutrients from the land and deposits them in the water, which its populations have come to depend on over time. Flooding also creates backwater habitats in which aquatic animals breed, as well as favorable conditions for riparian vegetation (plants that live along a river’s edge).

When a river is dammed, all those benefits are lost. The steady bounty of sediment and debris is caught in the dam’s reservoir (and builds up over time, leading to the failure of some dams). The effect is to starve the river below. When water is released to simulate flooding, it is unfortunately not the same water it was before. A reservoir is stagnant and so the temperature stratifies, becoming progressively colder toward the bottom. The coldest water is what is usually released. When it flows out of the dam, it is devoid of sediment; so instead of feeding the river, it actually works in the opposite direction by washing away what little sediment remains and disrupting animal populations that rely on an established calendar of water temperature.

The scientists behind the Glen Canyon Dam project will study the effects on the river after this flooding with the hope that they can more closely approximate the natural cycle that once was. By flooding more frequently, they aim to replicate the naturally occurring patterns of the river. Whether it will work is still very much a matter of debate.