Could rivers reverse their flow as sea levels rise? 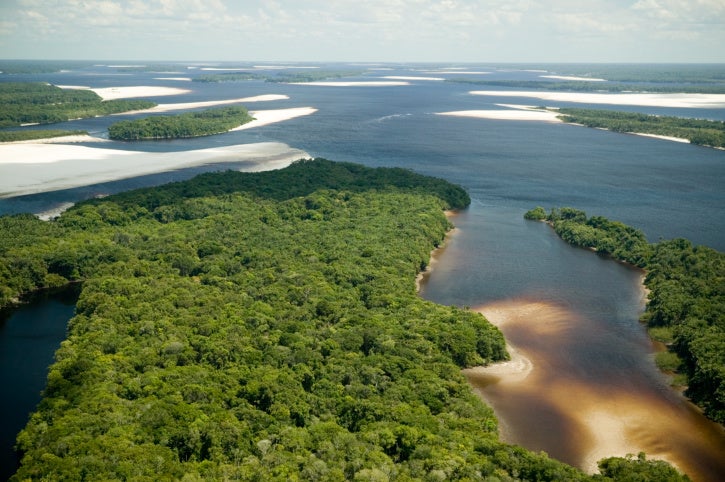 Dear EarthTalk: With all the talk of rising seas, what could happen to the rivers that flow into the oceans? Will they reverse flow? Will rising seas back up into fresh water lakes? And what happens to our groundwater should saltwater flow backwards into it? — Sandy Smith, concerned Michigander

The intrusion of saltwater from the sea into rivers and groundwater is a serious issue, but the threat is not from a reversal of flow, and our far inland lakes and rivers are not expected to be directly affected by the salty water of our oceans. However, the sensitive areas around the edges of our continents, where fresh water meets salt water, are at risk, and greater efforts must be taken to protect them. Some 40 percent of world population lives less than 40 miles (60 kilometers) from the shoreline.

According to the Intergovernmental Panel on Climate Change (IPCC), global average sea levels should rise eight to 34 inches by the year 2100, a much faster pace than the four-to-10 inch increase of the past century. Seas rise because of higher global temperatures, melting mountain glaciers and polar ice caps, and other factors. Higher temperatures also cause thermal expansion of ocean water, intensifying the problem.

Rising sea levels cause major problems as they erode and flood coastlines and, yes, as they mix salt water with fresh. A November 2007 article in ScienceDaily posited that coastal communities could face significant losses in fresh water supplies as saltwater intrudes inland. And whereas it had been previously assumed that salty water could only intrude underground as far as it did above ground, new studies show that in some cases salt water can go 50 percent further inland underground than it does above ground.

Salty water invading groundwater can reach not only residential water supplies but intakes for agricultural irrigation and industrial uses, as well. Economic effects include loss of coastal fisheries and other industries, coastal protection costs, and the loss of once-valuable coastal property as people move inland.

Estuaries at the mouths of rivers have in the past handled rising ocean levels. Sediment that accumulates along the edge of an estuary can raise the level of the land as the sea levels rise. And mangrove swamps, which buffer many a coastal zone around the world, flourish in brackish conditions. But because of our preference for living in coastal areas, and our habit of re-engineering our surroundings accordingly, humans make matters worse by preventing natural processes from managing the change. On the coast, we build roads and buildings, and replace natural buffers like mangrove swamps with dikes and bulkheads to control flooding, which make the problem worse by preventing beach sediment from collecting. And as we dam rivers and create reservoirs, we trap the sediment that would naturally flow down to the sea.

In some places, changes are happening. Governments are beginning to restrict or prohibit building in setback zones along the coast where risk of erosion is the greatest. A newer policy of “rolling easements” is also being tried, where developers are allowed to build in restricted zones but will be required to remove the structures if and when they become threatened by erosion. The IPCC recommends more drastic actions, such as creating more marshes and wetlands as buffers against the rising level of the sea, and migrating populations and industry away from coastlines altogether.