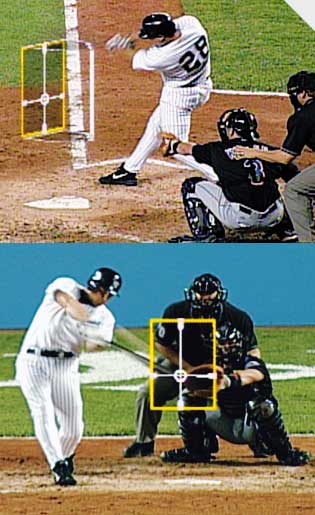 John Vander Wal hammers a fastball deep over the leftfield wall. Thanks to a technology called K Zone, fans at home can see, via a 3-D overlay of the hitter’s strike zone, that the pitch was right in his wheelhouse.

It’s June, and I’m at the controls in the K Zone truck. It takes five crewmembers, four computers, and cameras in dead center field, high over home plate, and along the first- and third-base lines to get the animation on the air. Today it’s my job to start the process–the computers will track each pitch to within four-tenths of an inch. But don’t expect to see the technology replace umpires. “This is pure entertainment,” says Lead Engineer Kurt Meyer.