Science on the Case

New databases and digital techniques are broadening the kinds of evidence available to the crime scene investigator.

WHAT THE INSECTS SAY

Arthropods are often the first to encounter a corpse, so maggots are prized by forensic scientists for the valuable clues they offer. As a carcass decays, it attracts various insect species. Typically the blow flies arrive first, within minutes. Other insects prefer to wait and feast on the body’s protein as it ferments. By observing which species are present and what stage of development they have attained–egg, larva, pupa, or adult–and comparing that information to local weather data, entomologists can estimate the time of death.

To promote greater accuracy, forensic entomologists in Canada are developing a national database of insect life cycles. They’re collecting this information by laying fresh-killed animal carcasses in fields and noting which bugs arrive first, how long they stay, the turf wars they engage in, and the kinds of damage they wreak.

British detectives were elated when they discovered that a closed-circuit security camera atop a London building might have captured the moment in which 13-year-old Amanda Dowler was abducted on her way home from school in March. But as they watched the tape, their hopes sank. Just as Dowler was coming into view, sun glare obscured the image. Two minutes later, the glare disappeared-and so had Dowler.

To reconstruct the 2-minute gap, London officials approached FBI forensic scientists, who have had some success recently in repairing damaged videotapes using digital image processing techniques. First the tiny dots known as pixels are converted into numbers that represent the brightness of each dot. Software then unleashes algorithms to search for “noise” and remove it or increase contrast at those spots in the tape. Or the work can be done by hand: By selectively adjusting pixels-such as those representing the glare in the foreground-details that are obscured can be revealed. As this article went to press, the FBI had been able to unearth images of two people on the tape-although not Dowler. London police sought the pair, a man and a woman, for interviews.

NOW 10 BILLION TO ONE

The accuracy of DNA testing has increased in recent years thanks to a technique called polymerase chain reaction. PCR is a chemical process that replicates specific DNA sections millions of times, allowing for better manipulation of even the smallest and most degraded samples.

To conduct a PCR analysis, lab workers distill DNA from a suspect’s blood and from bodily material collected at the crime scene (a minute amount of skin, blood, hair, saliva, or semen will do). From each sample, they select 13 to 16 specific segments of DNA and amplify them with PCR. The copies of each segment are deposited in ultrathin test tubes that are attached to a computerized instrument. The instrument generates a positive charge, and the negatively charged DNA travels toward it, with larger bits of DNA moving more slowly. The computer then calculates the size of each DNA segment. The probability that the selected DNA segments from one person will register as precisely the same size as corresponding segments from an unrelated person is less than one in 10 billion.

It’s also possible to check a suspect’s DNA against a national DNA database of convicted offenders, known as NDIS. For now DNA analysis is lab work, but in a few years, crime scene investigators may be equipped with portable DNA microchip readers that would do the work on-site.

The police then turned to the National Integrated Ballistic Information Network (NIBIN), a database of information about the weapons used in thousands of crimes committed in the United States since 1993. They instantly found a match between the marks on the recent cartridges and those on a comparable one that had been discovered after a man was robbed at gunpoint in Houston earlier in the year. The detectives also learned from the database that in the earlier case, the thieves had tried to use the victim’s credit card at a convenience store. That robbery was initially considered too small for an in-depth investigation, but now that a murder had been committed the police questioned the convenience store clerk-who, it turned out, knew one of the criminals by name. Based on his testimony and the ballistics evidence, Gilmar Guevara, the triggerman, was convicted. Two accomplices await trial.

Houston is an early user of NIBIN, but by 2003 all state and local authorities will have access to the network. The main NIBIN unit distributed to most police departments will contain a Data Acquisition Station (DAS)-a microscope and image-capture hardware-on which authorities can enter images of weapons and ammunition as new crimes occur. The database is expected to grow by thousands of cases each year.

The Forensic Science Center at Lawrence Livermore National Laboratory in California has designed a portable device that breaks evidence down to its chemical components and, within an hour, unmasks critical aspects of a crime-right at the scene. This 61-pound, suitcase-size device-a miniature gas chromatograph- mass spectrometer (GC-MS)-can tell a person’s age range and gender from secreted hormones in a fingerprint smudge. It can reveal the presence of drugs such as cocaine or heroin from a single crystal smaller than a grain of salt. It can compare the ingredients of the glue in duct tape used to bind a victim with comparable ingredients from tape found in a suspect’s car. It can analyze a handwritten or computer-generated letter to characterize the type of ink or toner used.

The sample is collected by dabbing material or waving a probe in the air. It’s then inserted into the GC-MS’s heated chamber, which vaporizes it into an aerosol and passes it through a column to a mass spectrometer. There the sample is hit with an electron beam that breaks its molecules into individual ions that are unique to its chemical makeup. The GC-MS compares the results against a database of over 100,000 compounds to identify the chemicals present. 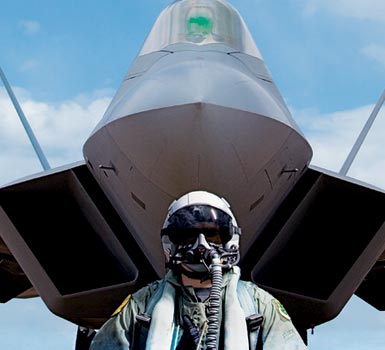 Air Force pilot Capt. Jonathan Gration prepares to take one of the first operational F/A-22s out for testing and training at Langley Air Force Base in Virginia. 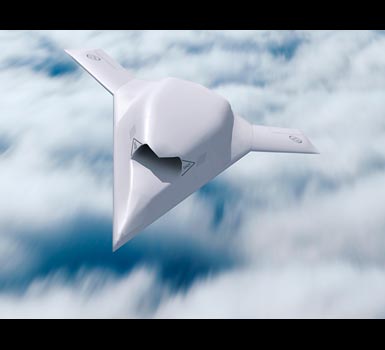 Boeing´s X-45As were the first UCAVs to fly. The two that were built have conducted 50 missions and demonstrated that unmanned aircraft can locate and attack targets autonomously. 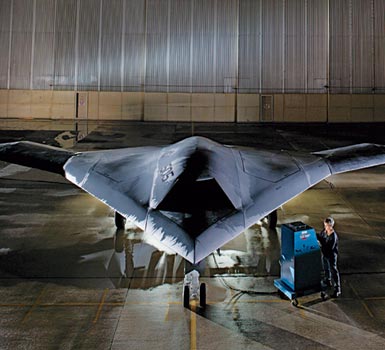 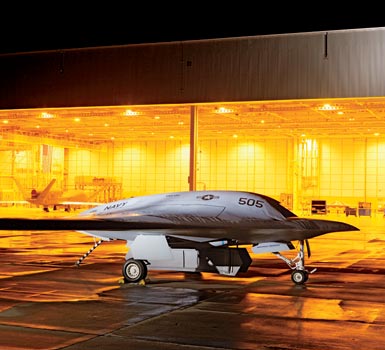 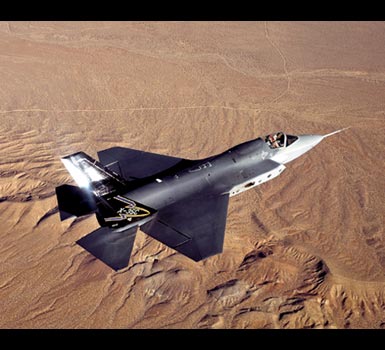 Lockheed Martin’s F-35 Joint Strike Fighter, due to enter service in 2012, will serve more allies and cost much less than the F/A-22.