Why are there no black Nobel laureates in science? 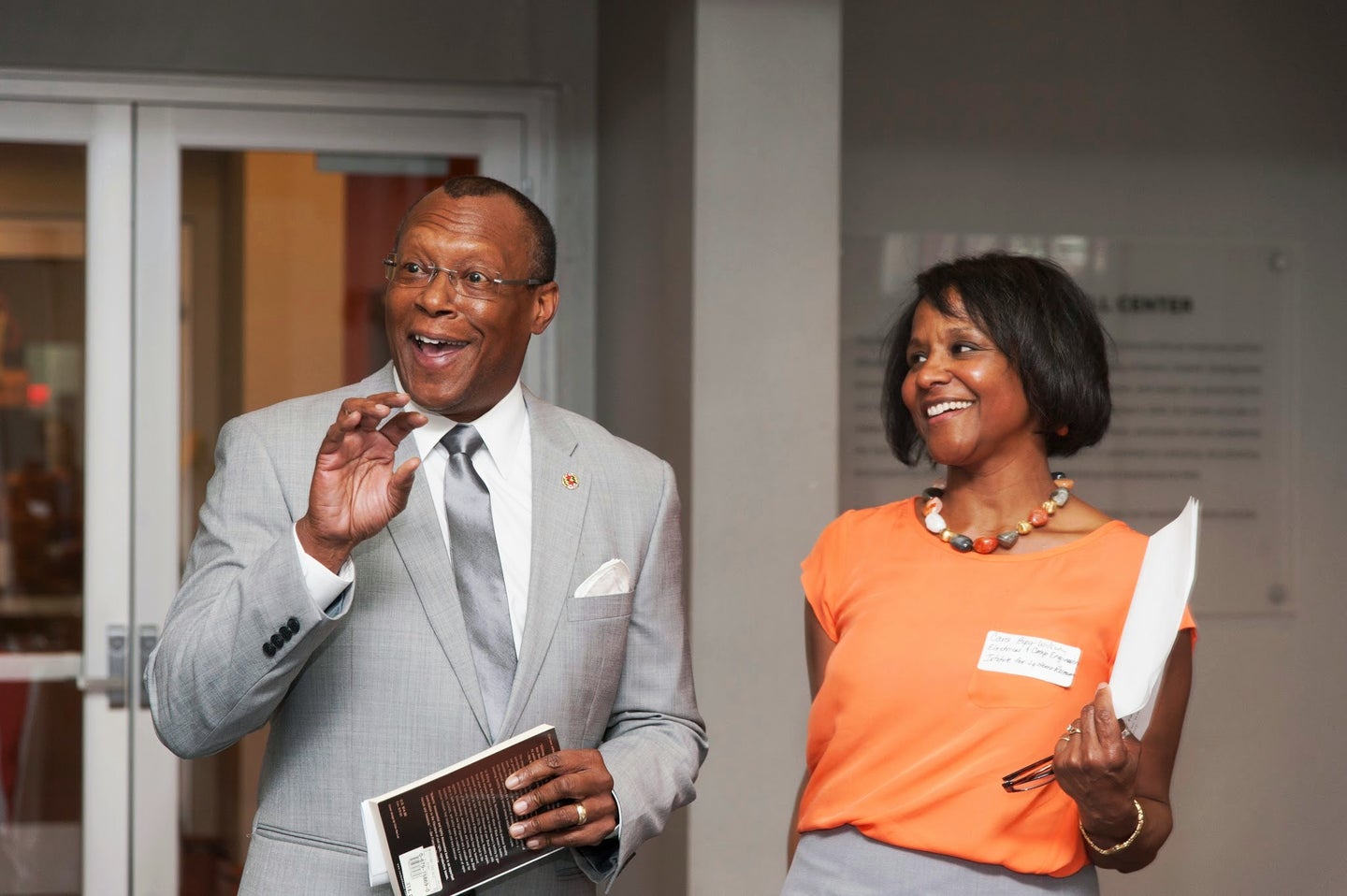 Stephen B. Thomas will never forget the day a senior faculty member threw his thesis into a trash can.

As one of the few black men in the doctorate program at Southern Illinois University, the experience was quite traumatic.

“He held up my draft, pulled his waste basket from under his desk, and dropped my thesis in the trash with a bang,” says Thomas, now a public health professor at the University of Maryland College Park. “Only later did I find the words to describe his type: He was a tormentor, not a mentor.”

For black Americans in the fields of science, technology, engineering, and mathematics (STEM), lack of moral and financial support is typical. Centuries of slavery and segregation have limited their communities from economic and educational opportunities; today, only 12.6 percent of STEM-degree holders in the U.S. are black—and that’s just at the undergraduate level. The field grows even narrower at higher levels of research, where experts are more likely to be rewarded for their work.

The pattern is painfully obvious in the Nobel Prizes for Medicine or Physiology, Physics, and Chemistry, which have seen no black laureates in their 61-year history. But the lack of diversity in the Assembly’s picks is symptomatic of much deeper inequities in American education.

A lopsided system from Pre-K to college

The journey of becoming a Nobel Laureate starts at a young age. According to Lorelle Espinosa, the vice president for research at the American Council on Education, a nonprofit that helps steer public policy, early education shapes children’s language, literacy, and math development, setting them up for success later on in their academic career.

According to Espinosa, if students are not on track in terms of math and science by their middle school years, come their senior year of high school, they will not be prepared for college-level courses in these subjects.

Students who defy odds to graduate and attend college then have to work around the biases of predominantly white faculty. In 2016, only 3.8 percent of full-time, tenured professors at universities were black. These staffers act as role models for students, taking them on as advisees, often choosing students with similar backgrounds and experiences as them.

“These kinds of attitudes work against students of color, even if the faculty isn’t full aware it’s happening,” Espinosa explains. “We need the white faculty body to advocate and mentor black students. It’s not like you have to be black to mentor a black student.”

The STEM climate is also notorious for its “weed-out culture.” Patchy academic guidance, along with overly rigorous course material, encourages students to drop out at staggering rates. A study on 5,600 college kids in 2004 showed that 26 percent of black students left their STEM majors before graduation, compared to just 13 percent of their white peers. Data from other fields such as business didn’t show a major racial discrepancy.

“If you are a minority student who already may feel like you do not belong, this culture can be quite traumatic,” Thomas says. In the decades since his thesis confrontation, he’s helped direct a nation-wide project that trains senior faculty to act as mentors for underrepresented minorities in STEM. “Little slights that people of color face every single day convince them that people like them can’t do math, even if they are getting a 4.0 average,” Thomas adds.

Those who do earn their bachelors in STEM are more likely to opt out of post-graduate education—all but a must for Nobel laureates—due to financial burdens. Black undergraduate students leave college with a higher debt burden than any other racial group, Espinosa says, largely because the wealth gap forces them to take out more loans for tuition. If they can afford grad school, either by applying for additional loans or competing for stipends, they might land at a flexible two-year program or community college—not the institutions typically associated with Nobel Prizes.

“At every turn along the pathway to a doctorate in STEM, these structural barriers arise,” Espinosa says. “I think that is why we aren’t seeing a black Nobel Laureate in STEM.”

The problem with “hard sciences”

Outside of the classroom, black scientists encounter hurdles when it comes to funding their research proposals. A 2011 study led by economist Donna Ginther of the University of Kansas found that white applicants were much more likely to get grants from National Institute of Health (NIH) than others. A study published this month in Science Advances found a possible explanation for the disparities in funding proposals: Black applicants are more likely to come up with projects on health disparities, adolescent health, and fertility—practical applications to address crises that disproportionately affect black communities in the U.S. The NIH’s funding system, however, favors “basic sciences” such as physics, chemistry, and biology—the same fields lionized by the Nobel Prize.

“The very man who actually implemented the inoculation to prevent polio on a mass scale is not a Nobel Prize winner,” Thomas says, referring to the 1954 controversy where John Enders, Thomas Weller, and Frederick Robbins were recognized for their discovery to grow poliovirus in cultures, even though it was Jonas Salk who created the vaccine. “A lot of people say the reason Salk did not get a Nobel Prize was because his work was applied science,” Thomas explains.

If the Nobel Assembly broadened its scope to topics like biology, robotics, and computer science, it could find a more diverse pool of laureates. But as the selection process stands, it serves as yet another barrier for the black scientist.

Eyes on the prize

Of course, racial inequalities in the American education system are only part of the Nobel’s white-man woes. The prize is international, which means that black students in other parts of the world must be facing similar lags and obstacles.

Thomas also points out that STEM is diversifying as a whole, so the question remains whether the Assembly can objectively evaluate the science of non-white experts. In the past the Nobel has failed to recognize black scientists like Charles Drew, “the father of blood banks,” and Percy Lavon Julian, a chemist who pioneered the synthesis of plant-based medicines, despite their big, celebrated ideas.

“Intelligence knows no color; it does not even know economic status,” Thomas says. “What we need to figure out is how to nurture that intelligence, how to ensure that the innate curiosity is not snuffed out early in the educational experience, when there are moments of being told that ‘people like us don’t like math.’ ”

This article has been updated to reflect the fact that if students aren’t on track in their math and science classes by middle school, they will not be ready for college-level classes in those subjects when they reach senior year of high school.