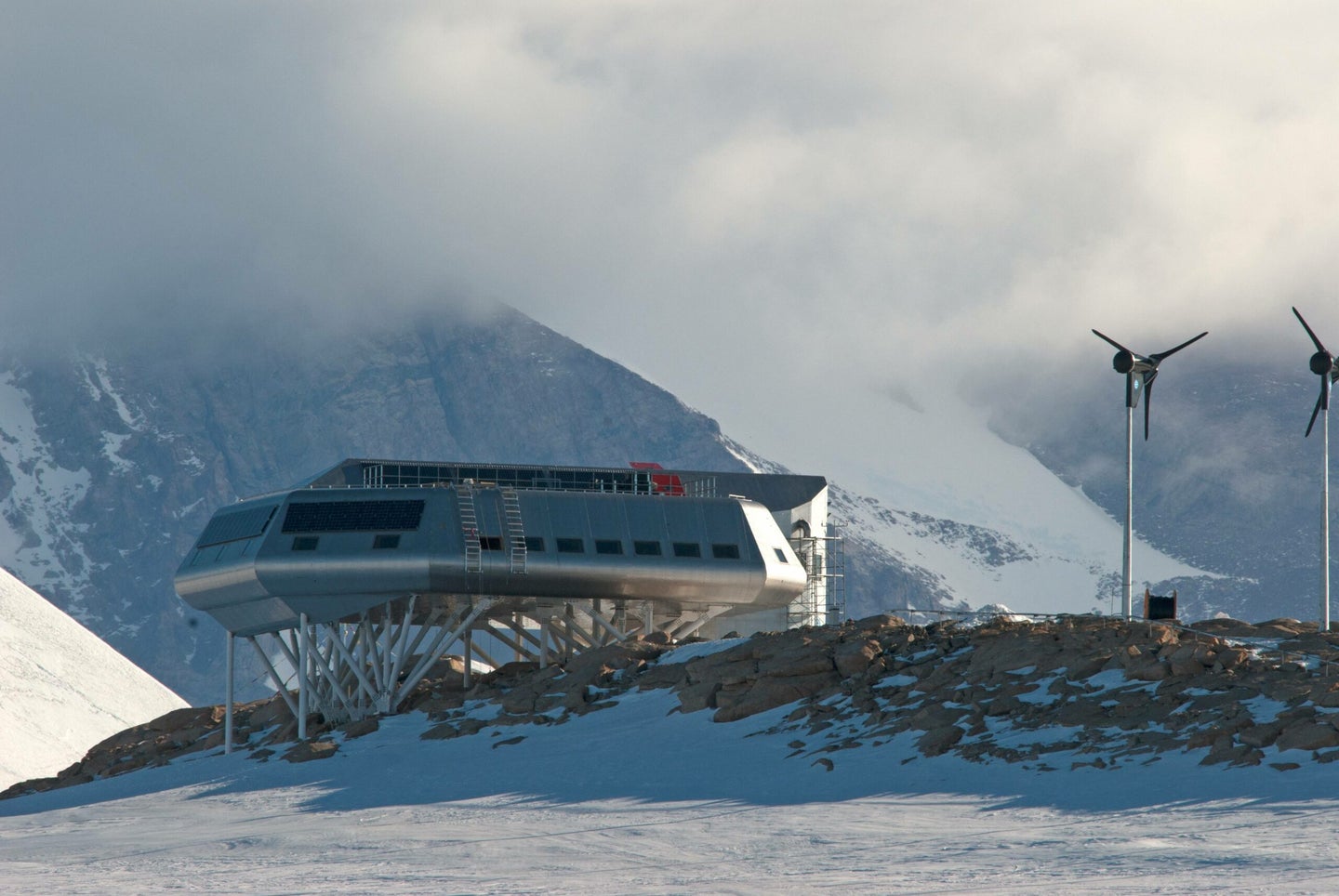 It’s not easy designing buildings for the harsh conditions of Antarctica: architects have to account for ever-piling snow, freezing cold, and violent winds. A new touring exhibition opening next week, Ice Lab: New Architecture and Science in Antarctica, highlights a few of the best solutions–some already operational, others coming soon. 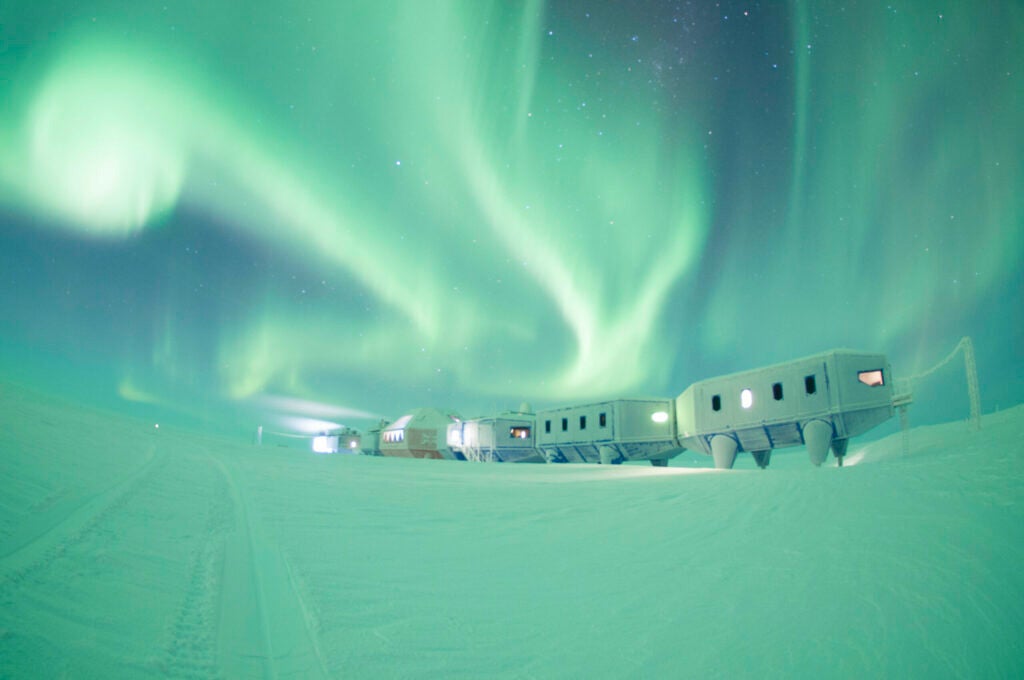 We’ve covered the Seussian Halley VI station before, and out of the research stations listed here, it’s probably the most well-tested: the first in the line of Halley stations is from the late 1950s, and VI opened up in February. This variation has hydraulic legs (it can ski!) and houses up to 52 researchers. 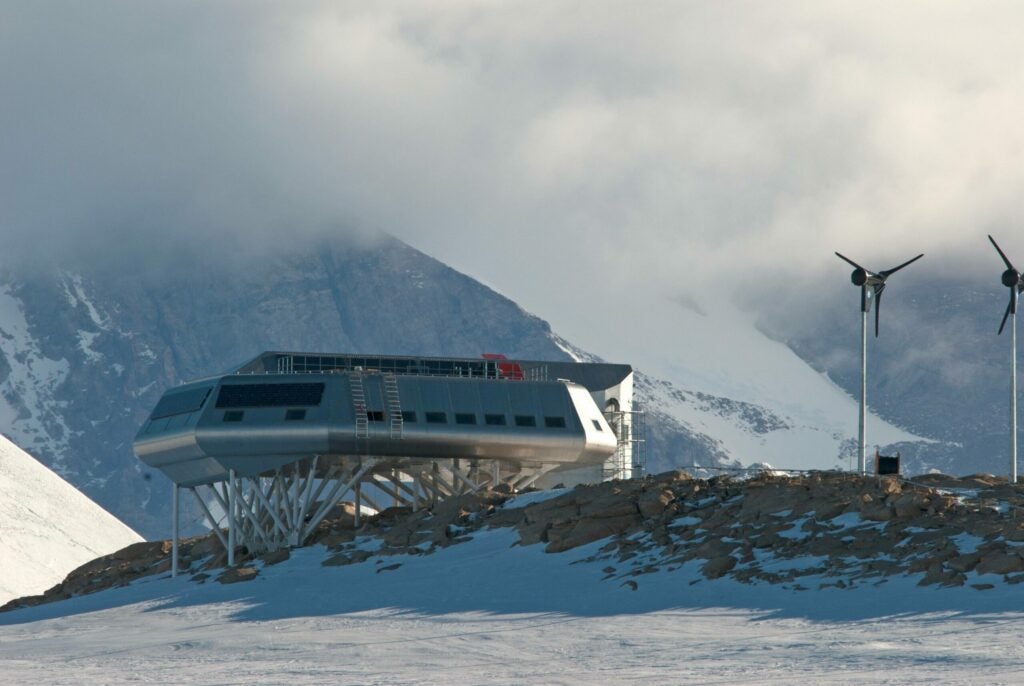 The Princess Elisabeth Research Station, built in 2009, is notable for being crazy green: it’s the first zero-emissions antarctic research station, running solely on wind and solar power. Plus, through the miracle of passive architecture–designing to take advantage of the environment to minimize heat loss–it doesn’t require any internal heating.

Yep. No heating. In Antarctica. 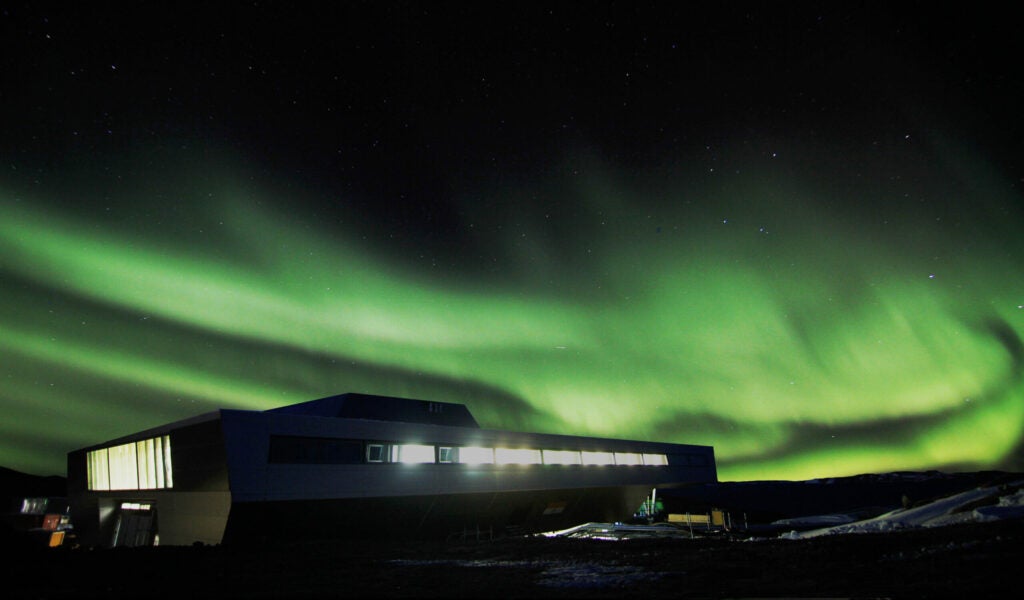 This one actually almost looks like a multi-million Pacific coast beach house. Except, you know, with snow instead of surf out the window. India’s Bharati Research Center (the country’s third Antarctic station) is made from 136 prefab containers, but you wouldn’t know from looking. The station’s designed to keep a minimal carbon footprint and is wrapped in an aluminum case to protect against wind and cold. 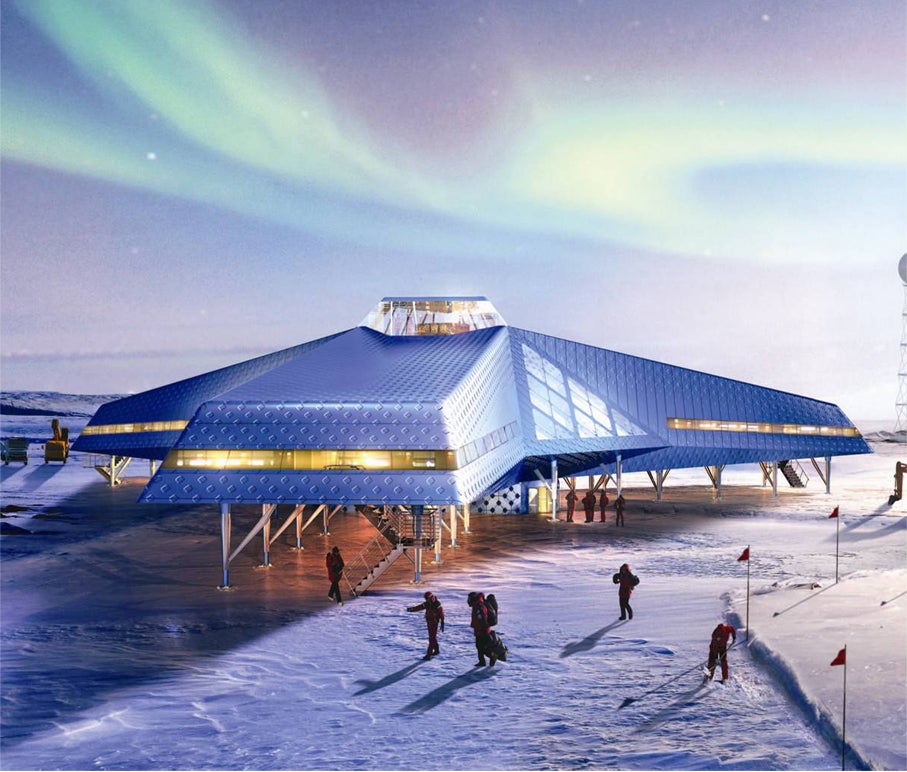 This station, scheduled to open in April 2014, is still under construction, to be occupied and managed by the Korea Polar Research Institute. The design 1) is meant to aerodynamically fend off polar winds, and 2) looks nutso, in a great way. Do you know that flying-saucer carnival ride that spins and sticks you to the wall? Sorta looks like that, with wings. It’ll be big, too, able to comfortably hold as many as 60 researchers at a time.

The Iceberg Living Station is still a purely speculative design from Denmark’s MAP Architects, but it’s well worth mentioning. Basically, it’s a gigantic igloo: an iceberg gets hollowed out and everything necessary for research (including people) is placed inside. But won’t that melt? you ask. Yes, which is the idea: after seven to 10 years, it’ll be gone, and the researchers won’t have to worry about removing the discontinued research center, as is usually the case.