In the new film The Wolverine, everyone's favorite genetic anomaly loses his ability to self-regenerate. Here are some of the things he should fear the most. 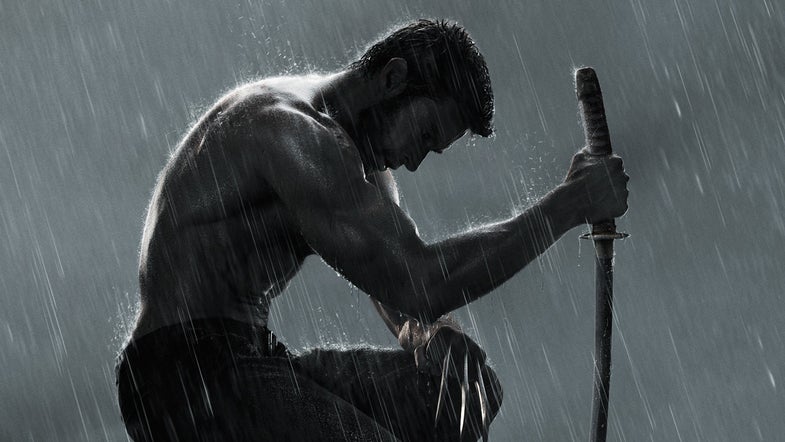 In a new summer film, everyone’s favorite genetic anomaly will lose the reason he has been able to snikt! though skirmishes, scuffs, and scrapes for the last century and a half—superhuman healing abilities. The mutation that makes Wolverine worthy of the X-Men is that his cells regenerate at incredible speeds. He ages at a snail’s pace, he can re-grow parts of limbs and organs after serious injury, and he is basically impervious to infection and disease. Until now.

In The Wolverine, which opens July 26, a former Japanese soldier whose life Wolverine saved during WWII offers a way to remove the mutant’s regenerative superpowers. Since living forever can be its own kind of torment, Wolverine—Logan to his friends–happily accepts. Suddenly, the mutant with the metal skull and chilling claws is more vulnerable than ever before. What might this expert fighter, hunter, and swordsman have to fear now? I haven’t seen the film. Nor have I read a detailed plot summary. But here, I take a few guesses using science as my guide:

When your brain jiggles around in the skull enough to bump into one of the sides, you get a concussion. This can result in everything from dizziness and slurred speech to trouble balancing and potentially fatal blood clots. Repeated concussions can cause brain damage and lifetime impairment, sadly evidenced by some of our aging football players.

With his skull coated in the indestructible metal adamantium, you would think that Wolverine would be immune to a concussion. If fact, it doesn’t really matter what his skull is made of. The real problem is the movement of the brain. As long as it has space to move—within the cushion of fluid inside your skull—the brain will always be vulnerable to a traumatic bump or bash. Think of it like a car accident; no matter what the car is made of, when it hits a wall the driver will still be thrown around.

Try as we might to stop the increasing number of concussions in sports like American football, recent studies have found that standard helmets don’t prevent these traumas. Helmets protect the skull from fracture and the scalp from lesion, but not the brain from internal bumps.

So even with a helmet of adamantium, Wolverine is as susceptible to concussions as you are, a fact that the movie’s villains may want to exploit. Comic books have done so in the past, showing that Wolverine can be knocked out cold by a wooden sword. And the recent X-Men films also show this weakness. In X2: X-Men United, Wolverine gets shot in the forehead from point-blank range and is rendered unconscious. Though his skull prevents penetration, the impact from the bullet—equivalent to being hit in the face with a baseball going 185 miles per hour—still floors the mighty mutant. If he has lost his regenerative powers, a few strategic knocks to the noggin could permanently disable Logan.

Wolverine’s skeleton is coated in the indestructible metal adamantium, and it makes him nearly invincible. But without regenerative powers, Logan won’t be the human wrecking crew he once was.

Comic book canon dictates that Logan carries 100 pounds of adamantium on his already burly frame, bringing his total weight up to 300 pounds. Obvious advantages come along with such reinforcement. Wolverine will never break a bone. Wolverine also has superhuman strength because he has had to lug around an extra 100 pounds of metal for decades. And having indestructible bones means that Logan doesn’t even need to use his claws to kill. With his super-strength, he can land a punch that would be like running face-first into scaffolding. Some sources estimate that heavyweight blows have killed around 650 boxers in the last century; adding an indestructible metal fist to the equation spells trouble.

But there are serious disadvantages to a heavy metal frame. Now that Wolverine has lost his ability to fight off disease and infection, his most dangerous enemy could also be the smallest. Leukemia, a cancer affecting bone marrow, would be nearly impossible to treat. Chemotherapy wouldn’t be able to penetrate the adamantium and the infected marrow, and radiation therapy would be far less effective as many metals block or dampen radiation (that’s why you wear a lead vest over vulnerable areas during an X-ray). 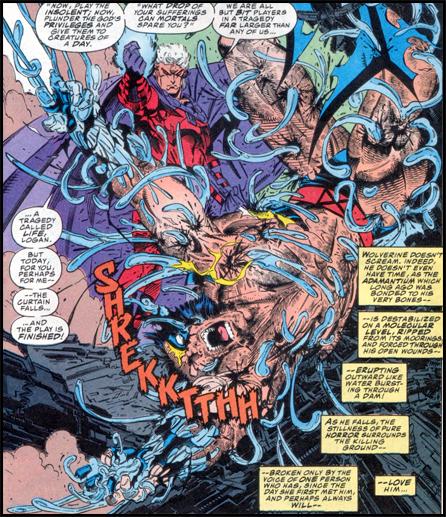 Wolverine’s biggest strength–his metal skeleton–also leads to his key weakness: magnets. From the movies and the comic books we know that Logan is extremely vulnerable to magnetic fields, as Magneto can twist and toss him as he pleases with a mutant ability to control magnetic fields. In the comics, Magneto even violently ripped Logan’s metal reinforcements from his body. But at least Wolverine had regenerative powers to help him survive the ordeal. Imagine what could happen without them.

Villains could lure Logan into a giant magnet. At high enough energies, the magnetic field would interact with Wolverine’s atoms and molecules, effectively suspending him in a levitating prison. Amazingly, this trap isn’t science fiction, as researchers have built magnets strong enough to levitate frogs in exactly the same way.

The frog would fare far better than Logan would. If confined in a rotating magnetic prison, something like a giant MRI machine, Logan wouldn’t even be able to move his limbs (very well at least). Because he has 100 pounds of metal grafted to his skeleton, Logan would experience magnetic induction—the magnets spinning around him would create magnetic fields in his bones. This induced magnetic field would attract and repel the prison’s, effectively preventing motion. You can see this slowing effect when you put a chunk of aluminum in an MRI machine and let it fall.

Villains could be far more devious. A prison with spinning magnets would keep Wolverine in place, but one with a giant electromagnet would melt him from the inside out.

If you run an electric current through a coil of wire, the electricity creates a magnetic field. Put a piece of metal, or Wolverine, inside this coil and you can suspend it in the field. But if you rapidly change the direction of the electricity flowing through the coil—as AC (“alternating current”) would do—Wolverine’s metal skeleton would begin to heat up. The changing current in the coil creates a changing magnetic field, in the coil and in Wolverine, both leading to a changing electrical current in Wolverine’s metal skeleton. If you leave some metal in this setup long enough, the electrons bump and bash against each other to the point of melting. Shut down the coil, and all you are left with is a puddle of metal, or, in perhaps this most scientifically accurate of villainous plans, a puddle of Wolverine.

We will have to wait until July 26 to see how Wolverine fares without his regenerative powers. But no matter what, any villain would have to be ingenious and devious enough to avoid the weapons Wolverine is most famous for. Beware the Snikt!

Kyle Hill is a science writer whose work has appeared in Scientific American, Nautilus, Wired, Slate, and io9. You can follow him on Twitter @Sci_Phile.