How To Get People To Care About Climate Change

Giving open-minded people a chance to think about both sides of the issue encourages them to support climate change policy. 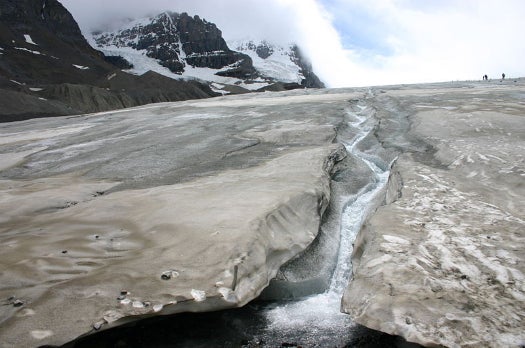 Good news for those of us hoping for greater government involvement in the fight against climate change: Our views on climate change policy aren’t always as rigid as they seem.

A recent study in the Journal of Communications suggests that opinions on climate change can be swayed–not by arguing effectively for one side, but by presenting opposing viewpoints as well. Open-minded people are more likely to be persuaded to support government environmental action when they see arguments both for and against it.

Climate change deniers might not be that dangerous, after all.Researchers from The Ohio State University, the University of Michigan and George Mason University used a questionnaire to determine participants’ levels of open-mindedness. Then they watched different short videos, either arguing for or against government intervention on climate change. In one group, the study subjects watched only one of the videos, either arguing that climate change was an environmental disaster or that more climate change policy would be an economic disaster. Another group watched both videos, and yet another completed a questionnaire evaluating their attitudes without watching any videos.

“Some people, when they hear both sides, will more carefully deliberate the tradeoffs of climate change policies and actually become more supportive of government efforts to mitigate the problem,” co-author Erik Nisbet, an assistant professor of communication at The Ohio State University, explained in a statement.

Unsurprisingly, those participants who were less open-minded didn’t change their opinions when faced with opposing arguments. “Closed-minded individuals prefer the status-quo, are less open to change, and are more likely to ‘seize’ on initial opinions in order to avoid systematic deliberation of alternatives,” the researchers write. They suggest a more effective way to gain closed-minded individuals’ support for climate change policies might be to appeal to their desire to maintain the status quo, by framing the argument as a method of preserving our current lifestyle or national economic power.

According to the paper, these results suggest that climate change deniers might not be that dangerous to public beliefs about the environment. On the contrary, their counter arguments might prompt some people to examine the issue more carefully, and even increase their support for climate change policy as a result.