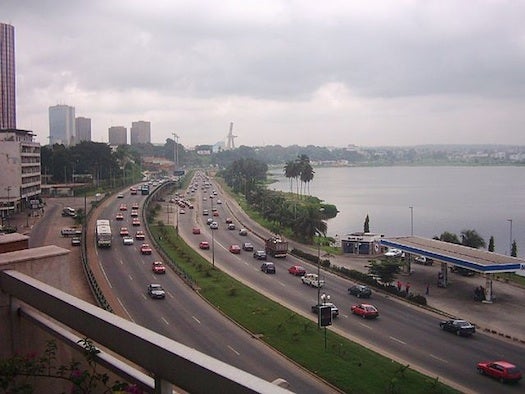 Residents of Abidjan, the Ivory Coast’s biggest city, could find their bus commutes 10 percent shorter, if the buses followed new route suggestions from engineers at IBM.

The rerouting suggestions come from the largest-ever release of cellphone records: French telecom company Orange offered anonymized call data on 5 million Ivory Coast cellphone users to researchers, who competed to use the data to improve the country’s development. The bus route work is preliminary, but it shows that cellphone data can help urban planners track what city-dwellers need, one of the IBM researchers, Francesco Calabrese, told MIT Technology Review.

Such tracking might be especially helpful in the developing world, as it’s cheaper to do than the surveys that first-world countries often use, MIT Technology Review reported.

Calabrese and his colleagues will present their work at an MIT-hosted conference May 1. A look at the program shows what other ideas researchers have had for Orange’s data: There are presentations and posters on using the data to improve population estimates, deduce the regional economy and gauge people’s interest in sports.