Launching even small experiments into space can cost tens of thousands of dollars. Most of the money goes toward a... 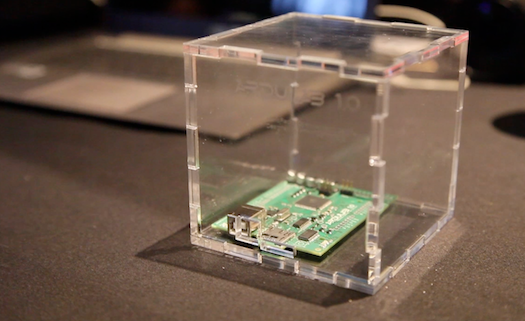 Launching even small experiments into space can cost tens of thousands of dollars. Most of the money goes toward a spaceship or rocket ride to beat Earth’s gravity, but another big chunk is the experimental equipment. Just one 10-centimeter cube in which to cram experiments, for example, can set a researcher back $10,000.

A new company called Infinity Aerospace is trying to undercut competitors by offering the same space in a plastic box, called ArduLab, for $2,000. The “Ardu” comes from the open-sourced, sensor-laden Arduino microcontroller included with the box to help pull off advanced experiments in microgravity.

To learn more, Popular Science caught up with company cofounders Brian Rieger and Manu Sharma during the Kairos Global Summit, which recently occurred on the trading floor of the New York Stock Exchange.