Getting ‘Em Early: Pharma Reps Give Gifts To Most Medical Students

Think of the children! Or at least the medical students—and their future patients. 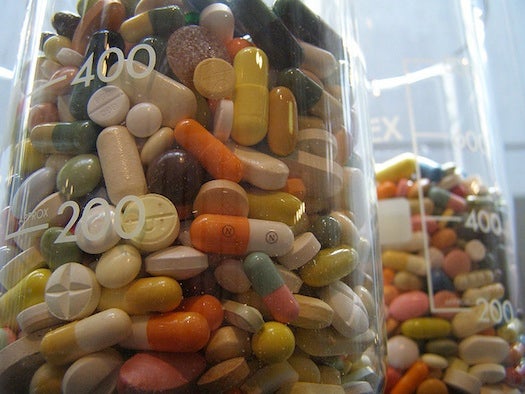 In spite of medical schools’ efforts to shield budding doctors from the dark forces of the medical-industrial complex, more than half of medical students end up receiving gifts from pharmaceutical representatives by the end of their fourth year, according to an upcoming study.

The study’s lead scientist, a physician and researcher at Brigham and Women’s Hospital in Boston named Aaron Kesselheim, explained the problem for the hospital:

In medical school and residency, as trainees are learning the fundamentals of their profession, there is a need to ensure the education they receive is as unbiased as possible,” said Dr. Kesselheim. “However, it is well known that promotional information and gifts from pharmaceutical companies can encourage non-evidence-based prescribing.* Though many institutions have tried to insulate trainees from these effects, trainees’ exposure to industry promotion is still quite high.

Kesselheim and a fourth-year Harvard medical student, Kirsten Austad, surveyed more than 2,000 medical school students and residents from every school in the United States. They asked students how often they interacted with pharmaceutical company reps, what kind of gifts they received and what they thought of their interactions.

Kesselheim and Austad found that even tender first-year students often interacted with pharma reps, and one-third of first-years reported getting gifts. The majority of students said they thought the pharmaceutical industry gave them “valuable education,” but also opened them up to bias. The majority supported reducing how often industry members can talk with students.

The study will be published this week in the Journal of General Internal Medicine. And for an overview of how often the pharmaceutical industry talks with doctors, and how that affects what doctors choose to prescribe, check out this 2000 review.