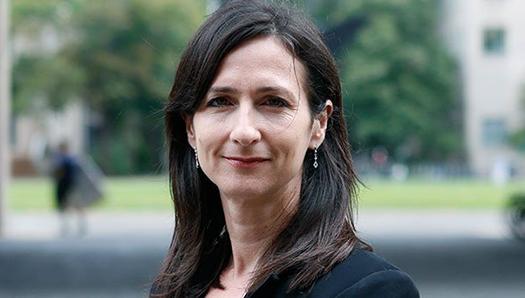 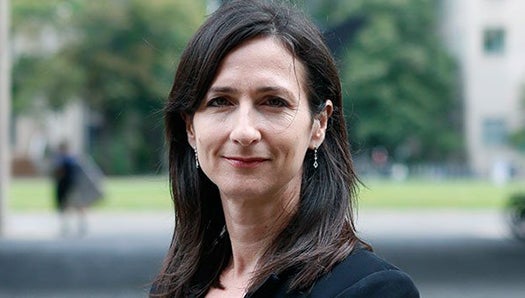 The MacArthur Foundation fellows, also known as the recipients of the coveted “genius” award, have just been announced. They are all, without exception, fascinating people doing great work–and the MacArthur Foundation is giving each of them $625,000 to continue that work. The fellows’ disciplines range from literature to choreography to neuroscience, and here we’ve rounded up the folks in science and technology who are shaping the world.

Baran, an organic chemist at the Scripps Research Institute, focuses on streamlining the process of making useful chemicals. Example: a molecule from a marine sponge might have medical properties for humans, but what’s the most efficient way to create a crap-load of it in a lab, so it can be used in, say, a pharmaceutical drug? Baran’s job is to find out.

Boyce, a paleobotanist at Stanford, studies fossilized plants to chart their evolution. That gives us insight into, for example, how species eventually came together and formed rainforests. Because why should Neanderthals get all the love?

By using data, Brenner, a primary care physician in Camden, New Jersey, works to reduce costs and improve care in poor communities. To make that happen, he created a database that charts which patients are most likely to require multiple visits (and thus require the most money to care for). Brenner then created the Camden Coalition of Healthcare Providers, which focuses on preventative and primary care, to stop illness early, saving lives and lowering health costs

Camerer, a professor at the California Institute of Technology, combines the fields of economics, psychology, and neuroscience, to the field of behavioral economics. Why do people make the monetary decisions the way they do? Camerer finds out, running experiments to determine the underlying psychology behind why market bubbles form, plus a heck of a lot more.

University of Pennsylvania psychologist Duckworth studies achievment in education, focusing on self-control and grit, the stick-to-it-iveness that keeps people working at their goals. Among her fascinating findings: people who are generally talented at something tend to have less grit. Apparently, getting knocked down gives students more confidence to get back up. Also apparent: Duckworth has grit.

Fennie, a materials scientist at Cornell University, applies physics and chemistry at the atomic level to discover new materials that have favorable properties. What if the data in your favorite gadget could be stored in an electric field, instead of traditional magnetic structures? Fennie wants to find out.

Boston College professor and Medieval historian Fleming uses science to study a time in history without many textual clues–only texts written by monks (men), focusing on high-class people, like kings. By studying skeletons, she finds other, unwritten clues about life, gaining insight into aspects of Medieval health and culture that was never recorded.

Haber, a physicist at the Lawrence Berkeley National Laboratory, applies physics technology to the field of audio preservation. By taking an up-close image of a phonograph record’s grooves, then using computer algorithms to digitally recreate what the record “should” be playing, he can create high-quality digital versions of recordings, even if they’ve been damaged–and he can do it without laying a finger on the record. Recently, the technique was used to play a recording of Alexander Graham Bell’s voice for the first time.

A computer scientist Massachusetts Institute of Technology, Katabi studies the properties and applications of wirelesss networks–Wi-Fi, as we know it. Systems like that can be used to, for example, give people x-ray vision: the signals can be used to track where people are, even when those people are behind a wall.

Livingston, a professor of public health and anthropology at Rutgers University, explores health care and disease in Botswana, where the country has been hit by a cancer epidemic. She’s written two books about the country:_ Debility and the Moral Imagination in Botswana_ and Improvising Medicine: An African Oncology Ward in an Emerging Cancer Epidemic.

Lobell is an agricultural ecologist based at Stanford University, studying how to feed a world hit by climate change–and do it efficiently. By using data and modeling, he charts the best ways to grow food: for one paper, he dug through historical texts to unearth more information about how climate affected production of maize.

A statistician at the University of Michigan, Murphy uses math and data to plot the most effective regimens for people with chronic illnesses. Someone with a drinking problem might have many avenues for treatment–how does a doctor decide which is the most likely to help the patient, and which to resort to next if that first treatment doesn’t work out? Murphy’s mathematical models, based on the history of the patient, can help.

Nirenberg, a neuroscientist at Weill Cornell Medical College, studies how the brain processes visual data as information–and how to fix problems in the system. By cracking the “code” of how the brain processes that information, Nirenberg was able to create a prosthetic that could mimic the process for people with musculature degeneration in the eye, without requiring invasive surgery.

An atomic physicist at the University of Colorado at Boulder, Rey attempts to use math to describe very complex systems. By applying models to systems like quantum magnets and superfluids, we get a better understanding of how nature and the world operates. Plus, that knowledge could lead to better man-made systems, like atomic clocks.

Seager asks the big question: Is there other life out there in the universe? An astrophysicist at the Massachusetts Institute of Technology, she focuses on exoplanets, other planets besides the ones in our solar system, and potentially Earth-like places that might be able to support life. Studying exoplanets can also provide knowledge about how life on our own planet developed.