Today’s Turkeys Are Genetically Barren Compared To Their Wild Ancestors 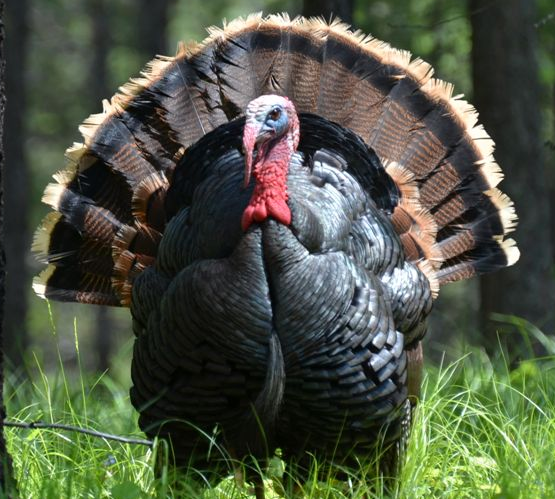 We Americans raised about 254 million turkeys this year, and ran up a $9.1 million turkey trade deficit by importing even more birds from Canada, according to the Census Bureau. But the fowl we’ll eat this Thursday do not bear much resemblance to the birds enjoyed by European settlers in 1621. They’re genetically distinct from their wild ancestors–in fact, they have almost no genetic variation at all, geneticists say.

What’s more, the turkeys on our dinner table this week have less genetic variation than both their wild counterparts and other domesticated animals, including pigs and chickens. The lack of variance can be explained by the way Americans like their turkeys–big and huge-breasted. Variation in genes that code for those traits can lead to more scraggly and therefore less appetizing turkeys.

“Ancient turkeys weren’t your Butterball,” he said in a statement.

To figure this out, SI scientists sequenced the full genomes of birds from seven different commercial turkey-breeding lines, as well as the genomes of three south Mexican turkeys collected in 1899. Those turkeys’ DNA was extracted at the National Zoo from samples stored in the Smithsonian’s collections. Fleischer said the museum specimens worked surprisingly well. This will help geneticists nail down the genes involved in turkey domestication and enfattening.

Europeans apparently discovered turkeys in Mexico during the Spanish Conquest and brought them to Europe, where breeders created different varieties. Researchers say it’s important to know the differences between ancient and modern turkeys, just in case something happens to our very genetically non-diverse population.

The new research is published in BMC Genomics.