Our Favorite Science Infographics Of 2012 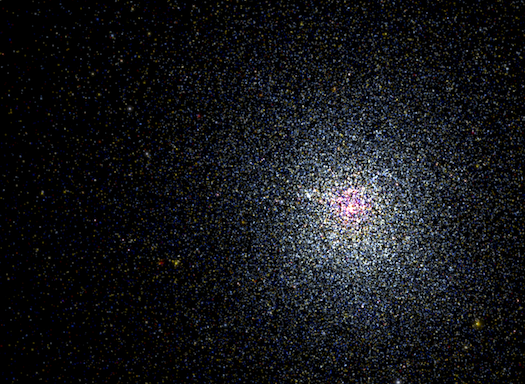 As an increasingly connected world generates ever-more data sets, and the tools to examine and analyze those data sets become easier to use, the fields of data visualization and illustration (called infographics as a catch-all term), have enjoyed something of a renaissance. We dug through our archives and the archives of our favorite infovis blogs to find some of our favorite science-related infographics from the past year.

To make the grade, we look for science-themed infographics that are engaging–either literally as an interactive graphic or metaphorically due to excellent design aesthetics. The infographic also must clearly communicate the concept being presented–it must tell a complete story, allowing the reader to draw his or her own conclusions rather than having to be told what the answer might be. 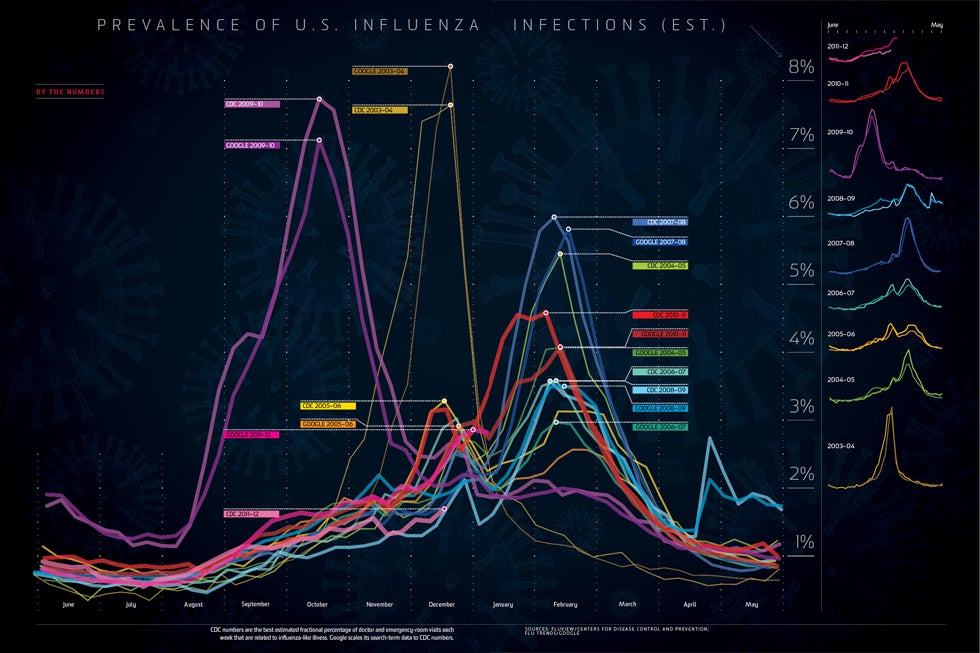 The Spread of Influenza

At the Centers for Disease Control and Prevention (CDC), epidemiologists study the patterns of flu data from the current season against historic data. The comparison helps researchers make informed decisions about how to respond to the virus: what kind of vaccine to make, how to make it, and how and where to distribute it. As data sets improve, scientists will be able to better predict how future strains of seasonal influenza will spread. Click here to see the infographic even larger. 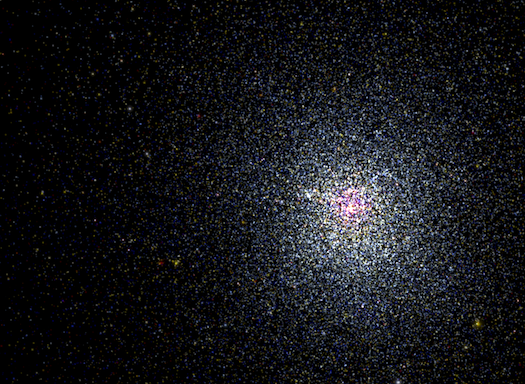 In November, Google released this interactive map of 100,000 stars in the Milky Way for its Chrome browser. The map offers users a breathtaking journey through the galaxy and includes some important factoids along the way. Read more about it here or click here for the full interactive version. 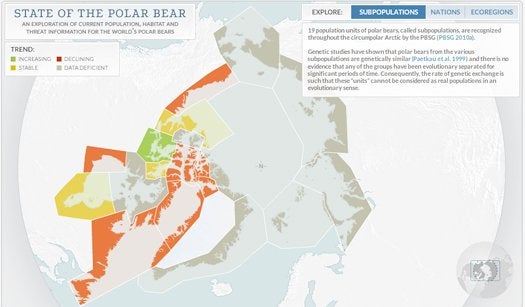 State Of The Polar Bears

Scientists tracked 19 subpopulations of polar bears and reported if their numbers were increasing, decreasing or remaining stable, and what threats might exist for a particular subpopulation’s continued existence. This infographic does an excellent job of breaking down where the polar bears are now, and how they’re faring. To see the interactive version, go here.

Scientists recently mapped the evolutionary history of all bird species, paying particular attention to speciation events as a function of time. The graphic shows, via color, that much of the bird speciation has increased in the last 50 million years. In fact, speciation in new-world birds has happened at the greatest clip, within the last 20 million years (yellow and red sections on the graph). Interact with the zoomable version of the graphic here. 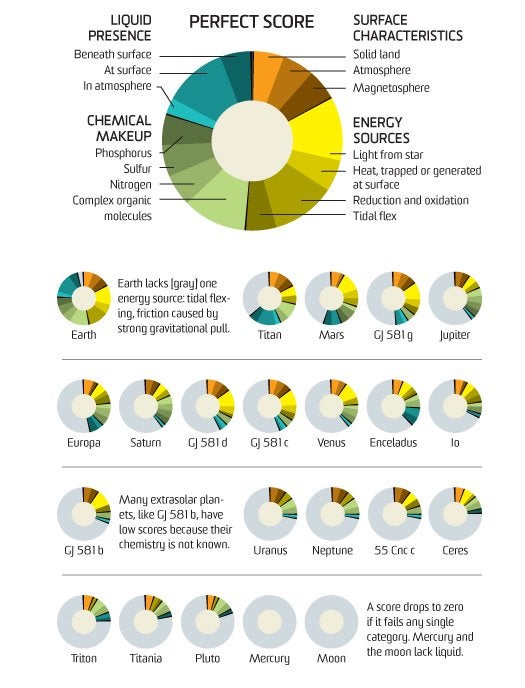 So you’re tired of living on Earth. What factors go into assessing a planet’s habitability, and how do nearby potential homes stack up against the one we have now? This chart breaks it all down. 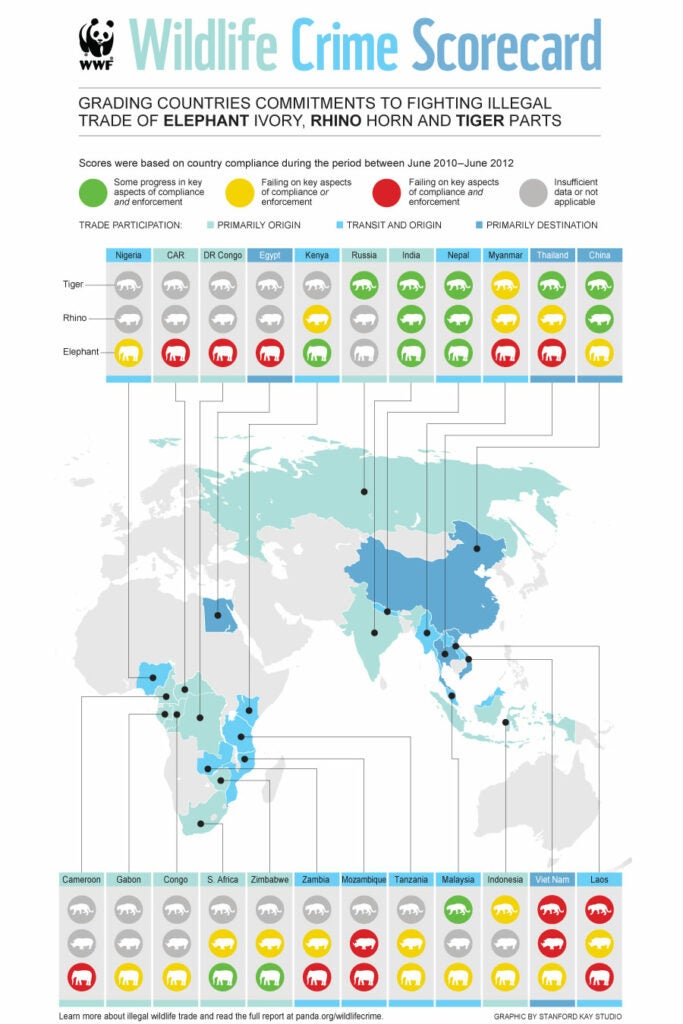 Which Countries Are Worst At Protecting Endangered Animals?

Recently, the World Wildlife Fund took a close look at how hard the world’s nations are working to stop the illegal trade of animals (most countries are part of a treaty called CITES that expressly forbids it), and summed up their results in a concise infographic. 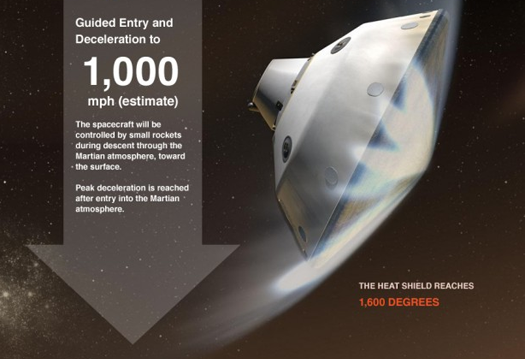 This infographic was named Best Infographic of 2012 by information visualization blog Visual.ly. It shows the descent of Mars Curiosity through the Martian atmosphere, culminating in the deployment of the skycrane and a smooth touchdown on the planet’s surface. To see the whole illustration, click here.

How close to the edge of space was Austrian daredevil Felix Baumgartner when he leapt from a capsule suspended 128,100 feet–about 24 miles–above Earth’s surface in September? To get a better sense of just how high Baumgartner was when he jumped, we charted the altitude of his incredible jump in relation to some other objects strewn in the space between us and the International Space Station. Scroll down for the full picture! 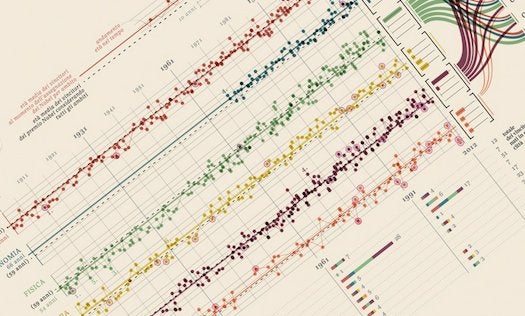 A Visual Summary of Nobel Laureates

Courtesy of Italian design agency Accurat, here’s a simple, attractive look at data from the Nobel Prizes. It’s in Italian, but like most well-done infographics, it doesn’t require too much reading to get the idea. At a glance, you can tell prize-winners in economics are older than the average age for all categories, and winners in chemistry and physics are older than they were in the early 20th century. (By contrast, the age for peace prize winners looks more erratic. Take a look at those orange circles.) There’s also a look at winners by home city (New York takes the crown), and a space for the university affiliation of the laureates. Check out a bigger version here.
infographics
Science