This article originally appeared in the April 1961 issue of Popular Science. You can explore more of our archives–stretching back... 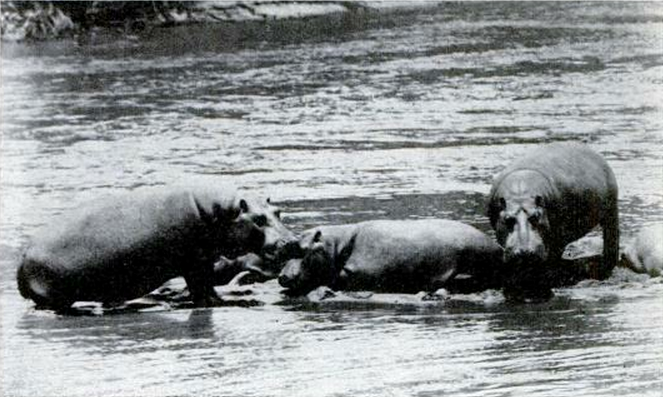 This article originally appeared in the April 1961 issue of Popular Science. You can explore more of our archives–stretching back 140 years–here.

Git along, little hippo. The romantic days of the open range may come back–in Africa, and with a native twist. Great herds of elephants, hippopotamuses, and eland, rounded up by dark-skinned wranglers (hippoboys?), [2012 note: eeeeeep] could supply desperately needed meat for the fast-growing, hungry continent.

This is the idea advanced by several American experts. They build a strong case:

Much of Africa is no good for farming–too little rain in some areas, mineral-deficient soil in others. Only recently a grandiose attempt to grow earthnuts (English for peanuts) in Tanganyika went completely bust. (“A megalomaniac pipe dream advanced in ignorance of the plainest facts about African soils,” is what Fraser Darling of the Conservation Foundation called it.)

Standard livestock–cattle, sheep, goats–are no better adapted to undeveloped Africa. Diseases and insects (like the tsetse fly) kill off high-grade animals. Those that can survive might upset a precarious balance of nature. Goats, for instance, get the blame for making a desert out of North Africa.

That leaves game. There are about 30 species of native hoofed animals that, handled properly, could make a reliable and abundant food supply. Among the best bets are elephants, hippos, and antelope (20 different varieties). They live in herds so they could be driven and corraled [sic] easily, like the Laplanders’ reindeer. Some might be domesticated (elephants already are, but as prime movers, not as meat producers).

Hippos might be the most promising livestock animals. They grow fast, efficiently converting green plants into high-quality protein. And they are big producers–one hippo is equivalent to 60 sheep. “Hippopotamus steak,” says Michigan State’s George Petrides (who has tried it), “is particularly delicious and not at all fatty.”