A new drug compound can recharge a class of antibiotics used to fight superbug bacteria, improving the antibiotics’ effectiveness 16-fold.... 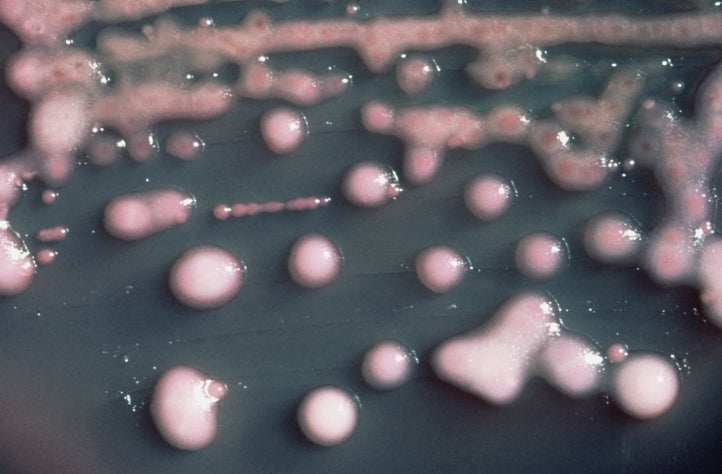 A new drug compound can recharge a class of antibiotics used to fight superbug bacteria, improving the antibiotics’ effectiveness 16-fold. It’s another volley on the part of humans in the ongoing battle between new drugs and bacterial resistance.

This new compound doesn’t fight the bacteria itself — it just makes the antibacterial drugs more potent, and better able to fight the bacteria despite the bugs’ resistance. The compound, developed at North Carolina State University, could help researchers fight an emerging problem with a tricky bacterial enzyme.

The enzyme is called New Delhi metallo-β-lactamase, or NDM-1, and it has been found in bacterial strains around the world since its isolation in 2008. It’s particularly ugly because it makes bacteria able to resist a broad range of antibiotics — including the type that are typically used to fight antibiotic-resistant bacteria. It can resist the most powerful drugs that still work on drug-resistant bacteria, in other words. A superbug indeed. To make matters worse, it confers this ability on gram-negative bacteria, little bugs that are harder to treat — like E. coli and  K. pneumoniae. The Staph strain MRSA, the superbug we hear about most often, is a gram-positive bacteria.

Resistance-proof drugs, part of the carbapenem family, can kill most bacteria by preventing their cell walls from synthesizing properly. NDM-1 gives the bacteria a tool to break down those drugs and inactivate them. But this new compound thwarts that ability, making the carbapenem drugs better able to withstand the wily bacteria and fight infection. The compound is derived from a class of amino acids known as 2-aminoimidazoles. These amino acids can inhibit the growth of bacterial biofilms.

In previous research, NC State chemist Christian Melander found that the amino acid compounds could recharge existing antibiotics, and make them work better against gram-positive drug-resistant bacteria. They figured it might also work on the little guys, and it did. Melander and colleagues just published a paper in ACS Medicinal Chemistry Letters, explaining that a version of this amino acid compound pumped up the power of the antibiotics imipenem and meropenem 16-fold.

This is promising for future drug development, the researchers say — it could to our arsenal in the ongoing battle against microbe resistance.