A New Superbacteria, Immune To Most Antibiotics, Found Spreading Fast

Good morning, readers. Settled in, ready to take on the day? Great, we hope you have a good one. Also,... 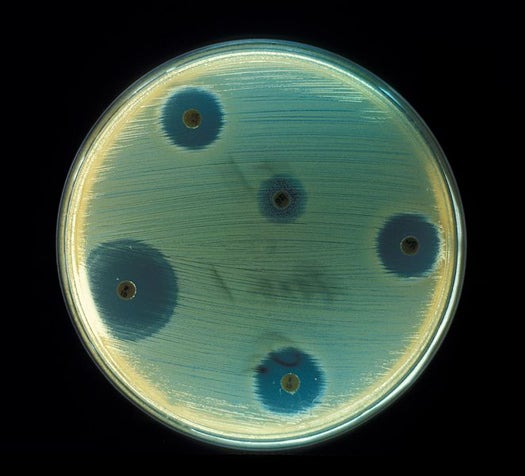 Good morning, readers. Settled in, ready to take on the day? Great, we hope you have a good one. Also, FYI, a new mutation that makes bacteria resistant to pretty much every antibiotic known to man has become increasingly prevalent on the Indian subcontinent and has made the leap to both the UK and the United States, according to a new report in the Lancet. Because there’s nothing modern medical science can do to stop it, the NDM-1 “superbug” may spread globally. Anyhow, enjoy your Thursday.

NDM-1 (or New Delhi metallo-beta-lactamase) is a gene mutation that arms many common and harmful bacteria like E. coli and Klebsiella pneumoniae with a resistance that can even withstand carbapenems, the antibiotics used as a last resort when more common drugs have no effect. What’s worse, the gene has been found on plasmids — particularly promiscuous bits of mobile DNA that can move easily between strains of bacteria. The details of the study tracking NDM-1’s transcontinental jump (most plausibly via medical tourism, in case you were curious) are described in this article by Tim Walsh in the Lancet Infectious Diseases journal.

“In many ways, this is it,” Walsh told the Guardian. “This is potentially the end. There are no antibiotics in the pipeline that have activity against NDM 1-producing Enterobacteriaceae. It is the first time it has got to this stage with these type of bacteria.””

But now that we’ve sufficiently participated in the fearmongering, let’s put NDM-1 in some kind of perspective. There are many highly resistant bugs out there (MRSA comes to mind), and each time a new one arrives on the bacterial scene, doomsday is declared only to later be downgraded to a threatening but not critical medical situation. A different mutation ravaged NYC hospitals a decade ago, and while officials were deeply concerned about that infectious strain the city and the larger world did not suffer a public health disaster.

What is troubling is that the gene is highly mobile and there aren’t really any treatments in the works to combat NDM-1 or to slow its spread. In hospital environments that’s very troubling, akin to being in the trenches with plenty of rifles but no ammunition. Alternatives to antibiotics like bacteriophages might be effective in putting the brakes on NDM-1-reinforced bacteria, but in standard medical practice antibiotics are the way we treat bacterial infections and even if an experimental treatment is found to be effective it will take a good deal of time to get it approved for widespread use.