How Fungi Launch Spores is No Longer a Mystery

The case of the airborne spores, solved 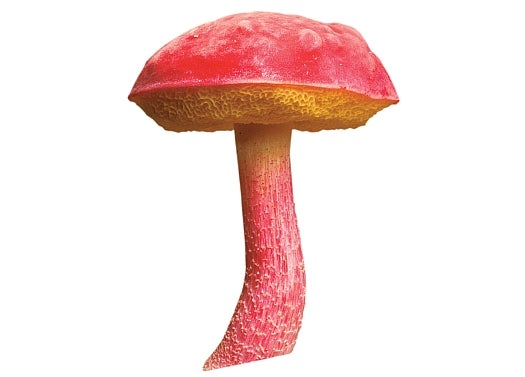 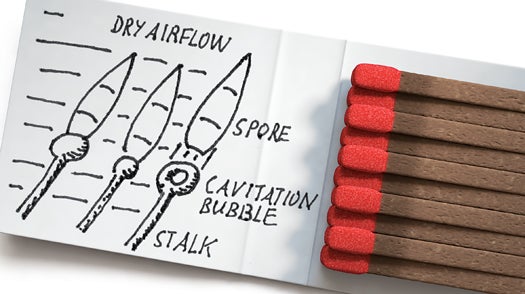 Fungus can propel spores at up to 70 mph. As the fungus dries and changes shape, the spores are launched.

We know of at least 70,000 species of fungi, but we don’t know how most of them get their spores airborne. That’s what we’re trying to find out. Fungi are spectacularly mobile, especially when they’re launching spores, and that is a tremendous biomechanical feat. For microscopic things, air represents a significant obstacle.

What we’ve learned is that fungi can launch spores at speeds of up to 70 mph within microseconds. To do this, some fungi use cavitation, which is like what happens when you unscrew a bottle of soda: Bubbles emerge because the atmospheric pressure drops below the vapor pressure of CO2.

Think of a stalk with a spore on top and a water-filled bulb joining them. As the fungus dries, water in the bulb evaporates, lowering pressure. The pressure drop causes water in the surrounding cells to vaporize into a gas and rush into the shrunken bulb. The gas makes the bulb balloon out, and that rapid shape change flings the spore into the air. We figured this out by filming fungi using cameras that run at up to one million frames per second. In my lab, students went through these millions of frames of information to find the 10 where the movement occurred. Without the cameras, this process would be invisible to us. Scientists proposed cavitation as a launch mechanism in the 1960s. Fifty years later, we’re finally seeing it.

Nicholas Money is a professor of botany at Miami University in Ohio and author of the forthcoming book Mushroom.