Harvard scientists may be a step closer to a medical fountain of youth after figuring out how to reverse the... 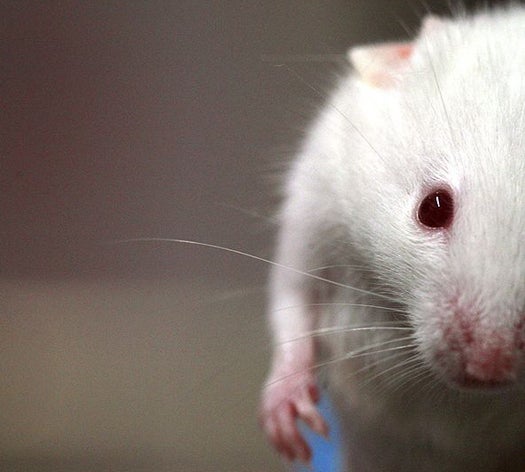 Harvard scientists may be a step closer to a medical fountain of youth after figuring out how to reverse the aging process in mice. The breakthrough could lead to a way to slow the aging process in humans which in turn could extend quality of life by reducing the impact of age-related ailments like heart disease or dementia. That is, if it doesn’t kill them first.

Harvard Medical School scientists turned unhealthy old mice into youthful versions of themselves by tampering with an enzyme called telomerase. While the aging process is not totally understood, one of the many factors that causes the deterioration of the body’s tissues is tied to telomeres, which protect the end of each of the chromosomes in DNA. When cells divide, the telomeres are cut shorter and shorter until eventually they stop working altogether and the cell either dies or goes into a dormant state.

The researchers genetically engineered mice that lacked telomerase, an enzyme that stops telomeres from shortening. As such, the telomeres rapidly grew shorter and the mice aged quickly, developing all the signs of old age including damaged organs, a shrinking brain, and infertility. The researchers then injected the mice with a cocktail that reactivated their telomerase. This didn’t just slow the aging process, but actually reversed the effects of aging, essentially making the mice grow younger.

But rejuvenating old organs in mice does not necessarily mean a human treatment is on the way, the researchers warn. For one, mice make telomerase throughout their lives, but the enzyme is switched off in adult humans, as it can cause unchecked cell replication (read: cancer). None of the mice in the study developed cancer, but there’s no telling if human tissues would tolerate the treatment so well.

Still, the breakthrough is monumentally important as researchers attempt to blunt the negative effects of aging in increasingly gray populations around the globe. There’s no telling if such a treatment could help humans to live longer, but it could lead to a better quality of life in older humans by allowing their organs to regenerate rather than undergo sustained deterioration toward the end of life.