After months of calibration and testing, NASA’s flying telescope made its first excursion this morning, and the space agency is... 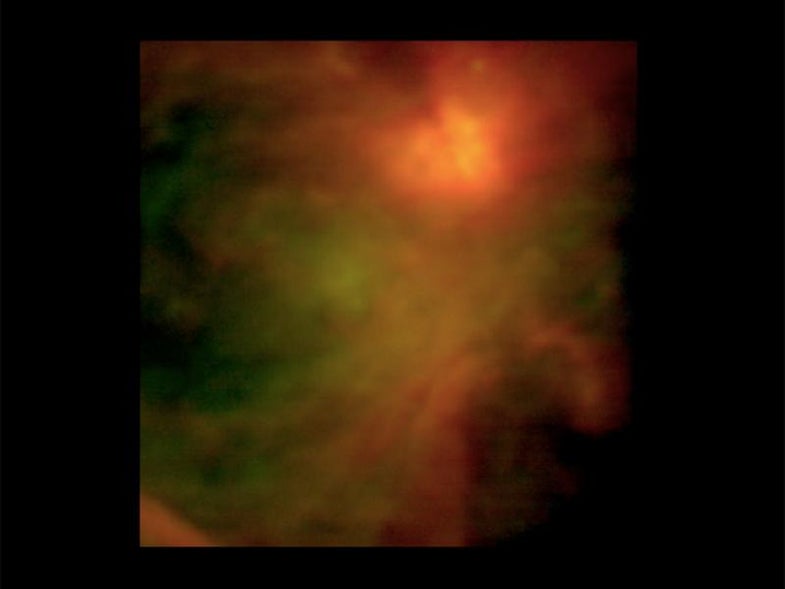 After months of calibration and testing, NASA’s flying telescope made its first excursion this morning, and the space agency is looking forward to analyzing the results. But, um, isn’t this sort of blurry?

The above image is a snapshot of the Orion nebula, taken with a special camera optimized for mid-infrared light. No telescope on the ground or in space can make observations in that range, so although this picture is a little fuzzy, it’s actually full of useful information, according to NASA.

NASA, which operates Sofia in partnership with the German space agency DLR, said the science flight validates Sofia’s capabilities. Sofia flies above 99 percent of the atmosphere’s water vapor, which allows it to receive about 80 percent of the infrared light visible to the orbiting observatories. It can see light ranging from ultraviolet to the far infrared.

NASA says the image is a composite of two IR filters and reveals detailed structures in the star-forming clouds, and heat radiating from a cluster of newborn stars at the upper right. We’ll have to take NASA’s word for it.