Perhaps the only thing scarier than the living dead is finding out that they’re already inside the house. Geneticists recently... 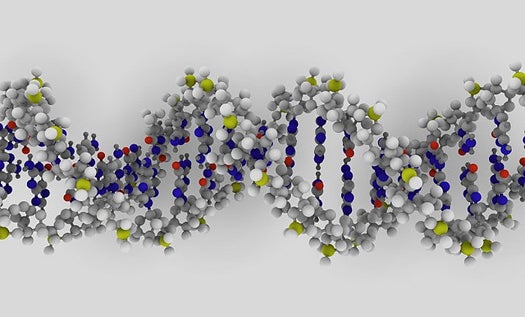 Perhaps the only thing scarier than the living dead is finding out that they’re already inside the house. Geneticists recently found that non-coding genes — some of the many dotting the human genome — can rise from the dead. When they do they can cause problems, including one of the most common forms of muscular dystrophy.

Facioscapulohumeral muscular dystrophy, or FSHD, is known to be genetic and inheritable in a rather straightforward way; it affects every person who inherits the gene. But its root cause was not understood until a paper, published Thursday in the journal Science, outlined how a piece of junk DNA (“non-coding DNA” is the politically correct term), thought to be disabled, can spring back to life, causing serious problems in some cases.

Researchers pinpointed the region of the genome where the problem arises decades ago, a place where the zombie gene was repeated several times over but where transcription was faulty for lack of a specific section of sequence. Because it was missing this code, researchers thought it to be defunct, but it turns out a mutation can add this sequence back into the mix, causing the gene to resurrect itself and affect muscles of the face, shoulders, and arms.

The discovery is disconcerting — no one likes to think about the fact that any of the many, many junk genes within each of us might rise from the genetic grave to trigger some kind of ailment — but the realization that such a mechanism causes FSHD opens up a new avenue of treatment for illnesses as well. If zombie genes can cause muscular dystrophy, there might be other as-yet untreatable illnesses that are cause by similar mechanisms. In the case of FSHD, researchers should be able to find a way to target that zombie gene and make sure it stays dead. According to everything we know about zombies, a blunt object delivered forcefully to the cranium should do the trick.