Researchers at Rutgers are trying to freeze fruit flies, but this isn’t just some reaction to summer boredom in the... 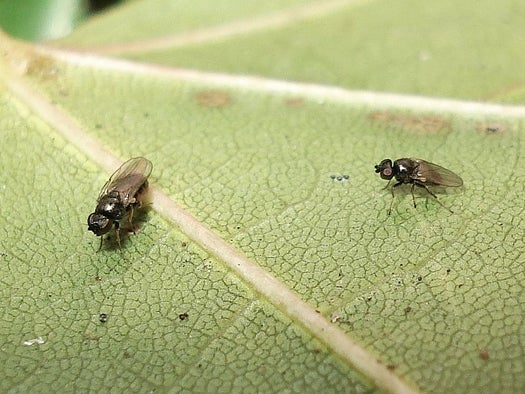 Researchers at Rutgers are trying to freeze fruit flies, but this isn’t just some reaction to summer boredom in the biology lab. They are trying to freeze the summertime pests while keeping them alive to learn how to control the internal thermostats of living organisms. If they can figure out how to engineer cold-tolerant flies they should be able to do the same for human cells, and that could lead to extended shelf life for donated human organs.

The fruit fly Drosophila is an ideal candidate for such research because of it’s complex genetic system, and researchers are trying to figure out how to flip the genetic switch that turns off their susceptibility to cold. The answer exists in an enzyme called AMP phosphate that Rutgers-Camden professor Daniel Shain discovered in glacier-dwelling ice worms. That key enzyme regulates the ice worms’ body energy levels, letting them not only withstand the brutal cold, but to thrive in it.

Creating cold-resistant fruit flies requires a greater genetic trick, but researchers at Rutgers-Camden and their graduate and undergraduate students are observing how all kinds of organisms, from bacteria to algae, flourish in cold climates. If those organisms can do it, human cells should be able to pull it off as well.

The idea is coax human cells to live for longer periods on ice. Right now, 24 hours is about the maximum duration an organ can remain viable once removed from the body. If extensive transit or operating preparation is necessary, the organ might not make it, in which case the patient might not either.