Some big news dropped quietly during a recent TED talk in the UK: Kepler co-investigator Dimitar Sasselov jumped the gun... 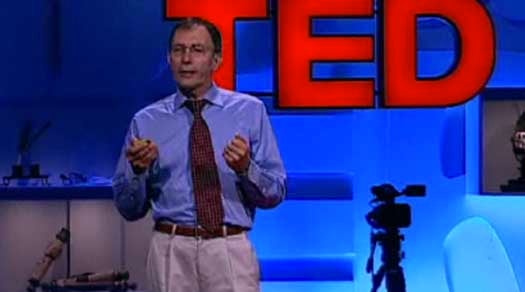 Some big news dropped quietly during a recent TED talk in the UK: Kepler co-investigator Dimitar Sasselov jumped the gun — and likely angered a few colleagues — with one of his presentation slides, letting the audience (and the world) know that Kepler has identified at least 140 “candidate” planets in the Milky Way that are “like Earth.” That is, they are small, rocky exoplanets with at least an outside chance of harboring life.

Sasselov describes the planets as “candidates” early on in his presentation, but switches to the more exciting description “like Earth” as the talk progresses. Then the slides come out, showing data collected by Kepler that suggest that there are more planets “like Earth” in our galaxy than there are gas giants and other planetary profiles.

“The small planets dominate the picture,” Sasselov says. “The planets which are like Earth are definitely more than any of the planets that we see, and now for the first time we can say that” (English isn’t Sasselov’s first language, so cut him some slack). He continues: “The statistical result is loud and clear. And the statistical result is that planets like our own Earth are out there. The galaxy is rich in these kinds of planets.”

How rich? Sasselov says that there could be as many as 100 million planets with habitable potential in the Milky Way alone. Of course, while that’s exciting news for most of us, for NASA it isn’t necessarily a welcome revelation. Most NASA results are supposed to remain proprietary for about a year so in-house scientists can get first shot at the data the agency and country spends so much money on. Sasselov’s spilling of the beans gives the public an early look at data that was slated for release in February of next year.

But don’t let a minor scientific scandal overshadow the most important part of this leaked data. Earth, it turns out, may not be as unique as we originally thought. In fact, Earth might be cut from a fairly common galactic cloth. If that’s the case, it certainly bolsters the idea that life might exist elsewhere in our cosmic neighborhood.

Check out the whole TED talk below (Sasselov drops the Kepler data bomb starting at about 8 minutes in).

Clarification: Sasselov’s mention of “candidate” planets means exactly that – they are unvetted candidates. Neither Kepler nor NASA researchers have confirmed that they are “Earth-like,” or even actual planets for that matter. Sasselov clarifies in a blog post here, our own brief update is here.