Meet the Robots On the Oil Leak’s Front Lines

As oil spill estimates continue to worsen, frustration in the Gulf Coast is reaching a boiling point. But one possible... 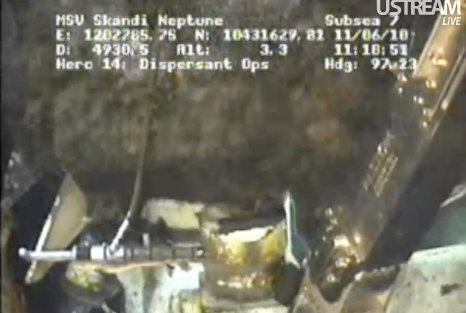 As oil spill estimates continue to worsen, frustration in the Gulf Coast is reaching a boiling point. But one possible reason people may feel like nothing is happening because people are not doing the bulk of the work — robots are.

Remotely operated robots are shooting video, carrying equipment, drilling pieces into place, and monitoring the flow of oil. BP has contracted with at least four robotics companies, including Oceaneering International Inc., Subsea 7 and C-Innovation, to do the work, according to NPR.

Initially, the undersea robots were unimpressive, failing to activate a valve that could have sealed the well from the surface. But since then, they cut the broken riser pipe and placed both containment domes over the spewing well. They’ve also provided the live video streaming across millions of TV screens.

Teams of humans on boats are controlling the robots, which have names like Maxximum, Hercules and Skandi Neptune. The human operators — two for each robot — drive using joysticks, but they can’t see where their undersea avatars are going. Even with headlights, the robots’ environment is almost completely dark, so they use sonar to gauge their proximity to objects.

The ROVs range in size from that of a small car to a big truck, although most of their bulk consists of foam intended to protect them from the intense pressures found at 5,000 feet below the surface. They remain connected to fiber-optic or copper tethers that enable communications, but sometimes ocean currents tangle or even break those lifelines.

The spill has shown the world how much hinges on the work of a team of robots, according to John Mair, global technology manager for the Scottish firm Subsea 7.

Here’s hoping they (and their human drivers) can handle the pressure.