Texas Congressmen Call for Electromagnetic Pulse Guns on the Border

From aerial drones to virtual fences, the Department of Homeland Security employs a wide range of tools to protect the... 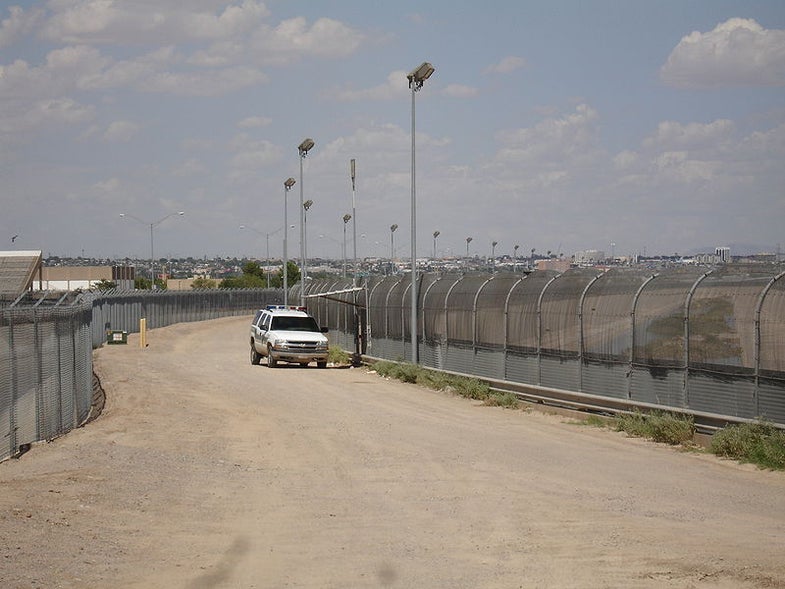 From aerial drones to virtual fences, the Department of Homeland Security employs a wide range of tools to protect the nation’s borders. But a pair of Texas lawmakers now want a decidedly more futuristic approach: electromagnetic pulses.

Republican Michael McCaul and Democrat Henry Cuellar want the border patrol to use portable EMP emitters to disable cars, boats or a host of other electronic items.

A suitcase-sized EMP could thwart smugglers trying to drive illegal drugs or immigrants into the United States, the lawmakers say.

McCaul notes that EMPs would allow border patrol agents to stop wayward vehicles without having to chase them. The ability to stop vehicles of smugglers from a distance without making direct contact would give our Border Patrol agents a distinct advantage,” he says.

The lawmakers, who both sit on the House Homeland Security Committee, took a tour of the border this spring and saw the device remotely disable a computer. The pair has also advocated using aerial drones over the Texas-Mexico border. Drones are already being used in North Dakota and along the Rio Grande, and Cuellar’s office says an unmanned vehicle will be flying over the Texas border by this fall.

The lawmakers say they both believe in using new technology for border security.