The Latest Toxic Chinese Export? Drywall that Could Fill Your Home With Sulfuric Acid

Add drywall to the growing list of toxic imports from China. Today a report from the largest investigation in the... 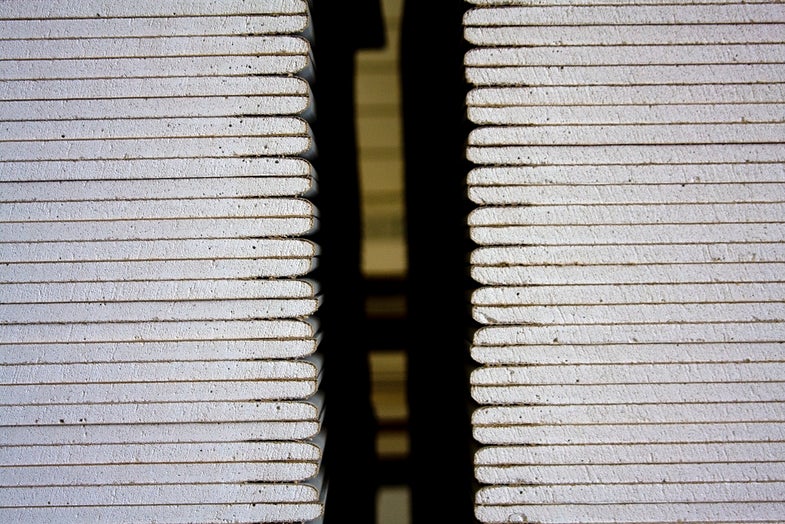 Add drywall to the growing list of toxic imports from China. Today a report from the largest investigation in the history of the US Consumer Product Safety Commission has cited 10 Chinese manufactures as sources of sulfur-laden drywall found in thousands of homes constructed in the United States between 2005 and 2009, when a post-Katrina building boomed created a run on drywall and forced builders to seek out new suppliers.

Investigators say hot and humid conditions can cause the tainted building product to release gas sulfur compounds that smell of rotten eggs and react with moisture in the air to create sulfuric acid, a key ingredient in acid rain and car batteries. Unleashed in a home, sulfuric acid can corrode and blacken metal, attacking electrical wiring, air conditioning coils, fire alarms, TVs and stereos. It can also exacerbate asthma and cause bloody noses, headaches and wheezing.

In many cases the damage has been so intense that victims have abandoned their homes or have been forced to finance gut renovations that often cost more than their original property is worth. CPSC scientists were careful to rule out common sources of sulfur contamination in homes, including well water, sewer gas, even jarred pickles, says CPSP spokesperson Alexander Filip.

U.S officials at the U.S.-China Strategic and Economic Dialogue meetings in Beijing this week are pressing the Chinese government to urge Chinese drywall companies implicated in the crisis to cooperate with the CPSC’s investigation. Port checks have confirmed that no new drywall has been imported from China since 2009.

So who’s to blame? Here, the CPSC names names, with a list of the top 10 manufacturers of drywall whose product had the highest emissions of hydrogen sulfide: