U.S. Scientists Call for the Creation of an International Asteroid Defense Agency

Russia’s proposal for an Armageddon-style mission to deflect the space rock Apophis seemed bold, but it’s not the only one... 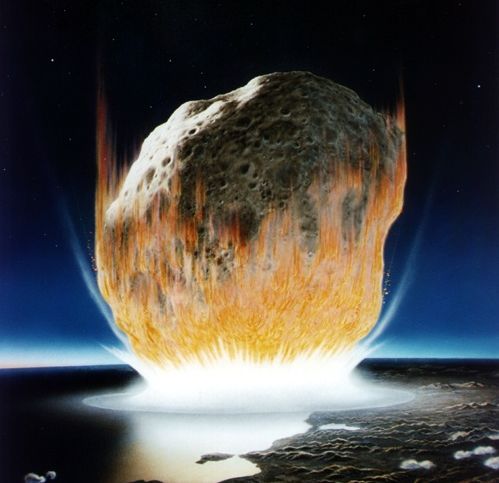 Let's not keep the proposals too long in committee, yeah?. NASA/Don Davis
SHARE

Russia’s proposal for an Armageddon-style mission to deflect the space rock Apophis seemed bold, but it’s not the only one fretting about a catastrophic impact on Earth. The U.S. National Research Council (NRC) released a new report that calls for an international asteroid defense agency that can organize a proper mission to counter possible asteroid threats, New Scientist reports.

The NRC repeats some grim facts about Earth’s current lack of readiness to deal with giant space rocks flying at it. Current sky surveys will not be able to find 90 percent of near-Earth objects that are 460 feet (140 m) or larger by 2020, as the U.S. Congress instructed NASA in 2005 to ensure they could. As always, a lack of funding has proved the main problem here.

An asteroid-hunting space telescope could go a long way toward playing catch-up and reaching the survey goal by 2022, but at the hefty cost of more than $1 billion.

Even if scientists spot a looming asteroid threat, few immediate solutions exist. The NRC runs down past proposals that range from “slow push” or “slow pull” gravity tractors to small kinetic collisions by spacecraft that could nudge a space rock off course — assuming that there’s decades to spare. But only nuclear explosions stand ready as the current practical means for dealing with the biggest threats in the form of space rocks greater than 1 km in diameter.

Still, several planned missions offer hope of not only studying asteroids for weaknesses, but even using them as a sort of “Plymouth Rock” stepping stone to colonize Mars. Such missions could represent small yet crucial steps toward generating interest in funding more asteroid detection and deflection methods.

Keep in mind that the NRC’s plans primarily cover large asteroid threats. Plenty of smaller meteorites still fall to Earth every year, including one that crashed through the roof of a doctor’s office in Virginia on Thursday. That culprit rock was identified by the geologist husband of one of the office receptionists, SPACE.com notes.