Human Tattoo or Surface of Mars? 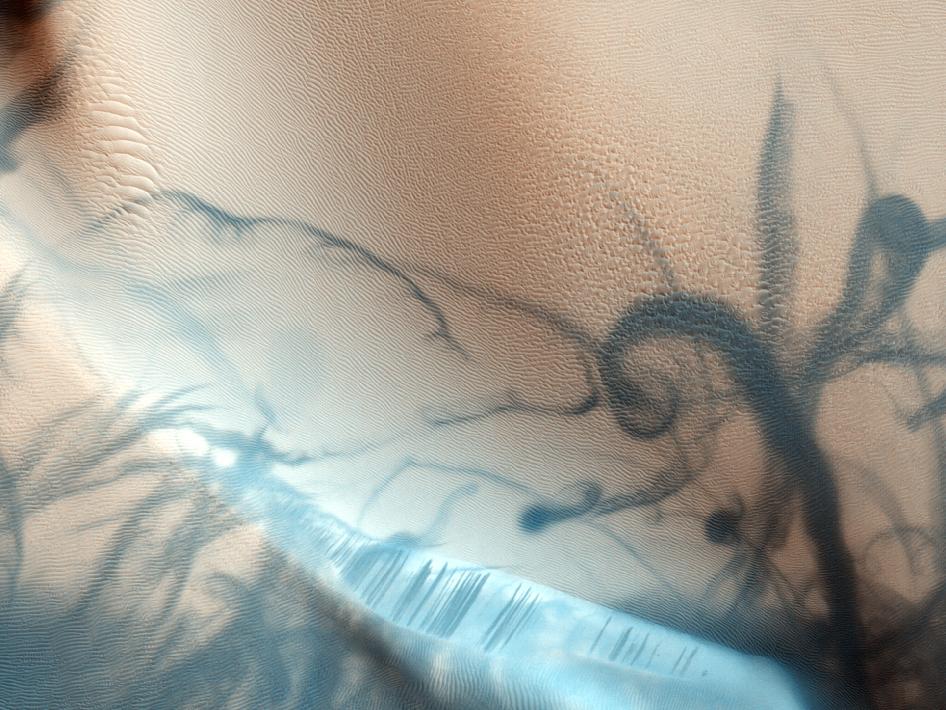 Readers might suspect a NASA hoax involving a close-up of an employee’s tattoos, but a stunning new image actually represents dark trails left on the Martian surface by dust devils.

Dust devils on both Mars and Earth represent spinning columns of rising air heated by a warm surface, such as in dry desert areas. NASA’s Phoenix Mars Lander photographed some spinning vortices as they swept by, and the dust devils have often received credit for cleaning the solar panels on the Mars rovers that continue to roam with Energizer-like persistence.

The latest picture of the dust devils at work comes courtesy of the HiRISE camera on NASA’s Mars Reconnaissance Orbiter.