Agnes Chase, a grass scientist, showed us what ‘holds the earth together’

Despite bureaucratic roadblocks, Chase tapped grassroots efforts in pursuit of her research. 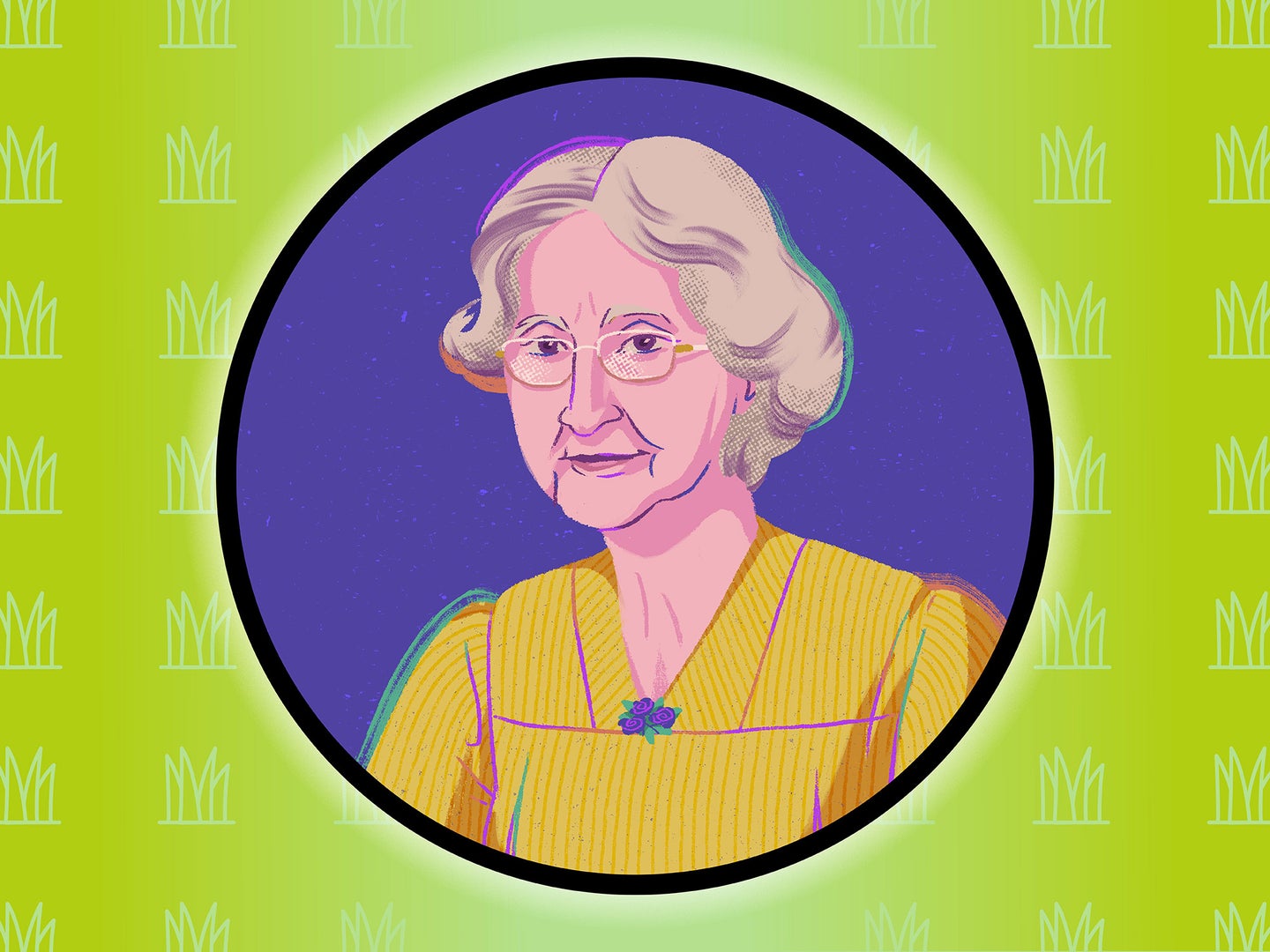 Despite roadblocks, Chase amassed a body of work that's integral to our understanding of native grasses. Esther Goh
SHARE

In 1911, USDA botanist Albert Spear Hitchcock approached his funders with a petition. He asked to send his female assistant and fellow botanist, Agnes Chase, on a field expedition to the Panama Canal Zone. After three male decision-makers at the agency and the Smithsonian Institution corresponded on the then-uncommon matter—and despite Hitchcock’s superior at the USDA vouching for her, as well—the answer was a definitive no. “I doubt whether the sum mentioned by Professor Hitchcock would be sufficient for her expenses and because I doubt the advisability of engaging the services of a woman for the purpose,” one of them wrote.

Chase wasn’t unaccustomed to such struggles. In an era when women were expected to be wives, mothers, and homemakers—and hadn’t yet won the right to vote—she had already built an impressive career as a scientific illustrator at one the US’s premier institutions, co-authored a book, and proved to be so good at her craft that her male supervisor was ready to break the societal norms to take her with him. Despite being denied the opportunity to go to Panama, she went on to amass a body of work that boasted several botanical volumes, including a textbook that is still used today. and a legacy built largely through a network of women whose lives she touched.

Born in rural Illinois in 1869 as Mary Agnes Meara, she lost her father at the age of two, and moved with her family to Chicago. She worked as a proofreader and typesetter at the School Herald newspaper, where she met and married editor William Ingraham Chase, who died about a year later. Chase took classes at the Lewis Institute and the University of Chicago, and, while she never earned anything beyond an honorary degree, she fell in love with botany. At the time, it was one of the few scientific disciplines viewed as acceptable for women.

Chase harnessed her skill for sketching into a gig drawing plants for the Field Museum in Chicago. In 1903, the USDA’s Bureau of Plant Industry in Washington, D.C. hired her to work with Hitchcock as a scientific illustrator. At the time, the group was focused on agrostology—the study of grasses, from lawns to commercial grains. And so, the pair formed a close partnership and set themselves to the fearsome task of collecting, describing, and classifying every grass growing in the Americas. When workdays ended, Chase would study grasses at the National Herbarium. She later commented that they interested her because they were what “holds the earth together.”

In recommending her for the trip to Panama, Hitchcock’s boss Frederick Coville described Chase as an exceptional researcher, a highly competent field worker, and a co-author of major papers. At the time, she’d already written an entire book on Panicum, a genus that includes millet, an edible and commercially grown grain. Hitchcock, who was known for his own progressive values, proposed using funds remaining from his own prior trip; he even said that Chase would cover the rest from her own pocket. The arguments proved futile. Besides, the founders of Panama’s research station didn’t welcome women, writing plainly years later: “Let us keep a place where real research men can find quiet, keen intellectual stimulation, freedom from any outside distraction.”

Chase instead paid her own way to Puerto Rico the following year. In 1922, she published a textbook called First Book of Grasses: The Structure of Grasses Explained for Beginners. More than a decade later, still without the support enjoyed by her male colleagues, she managed to put together an eight-month expedition to Brazil. Her work as an activist—she belonged to the National Woman’s Party, the Socialist Party of America, the National Association for the Advancement of Colored People, and the Women’s Christian Temperance Union—provided her with vast networks to tap into. In her wish to study grasses, she also found grassroots support: She reached out to female missionaries in Latin America who offered their help. In October of 1924, she boarded a ship to Rio de Janeiro to pursue “a long-cherished dream.”

The women in Brazil hosted her in their homes, took her to tucked-away places, and helped arrange transportation. “The missionaries travel everywhere, and like botanists do it on as little money as possible,” Chase wrote. “They gave me information that saved me much time and trouble.” In return, Chase gave lectures to women on the missionaries’ boards about her work and travels.

She also connected with local women scientists, who she’d previously only known through letters. One of them, María do Carmo Bandeira, a moss specialist at the Botanical Garden of Rio de Janeiro, joined Chase on collecting trips. Together, the two climbed Pico de Algunhas Negras—one of the nation’s highest peaks at 1,144 feet—and returned with numerous specimens.” On that journey Chase documented a waterfall that rivaled Niagara, set amid a barren desert, an encounter that merited her sole mention in Popular Science (October 1925). She arrived back in the US with more than 500 new grass species. That work, and a return trip a few years later, made Chase a leading authority on grasses in the Americas. In 1935, she and Hitchcock finished their Manual of the Grasses of the United States.

South America proved to be Chase’s gateway to widespread recognition. In 1959, her First Book of Grasses, which is still in print today, was translated into Spanish, and later in Portuguese. She retired from the USDA at 70 years old in 1939, but remained an honorary curator. She was later named an honorary fellow of the Smithsonian Institution. In 1958, the University of Illinois awarded her the honorary degree of Doctor of Science. By the time she died at the age of 94, she was a world-recognized botanist and author of more than 70 groundbreaking publications.