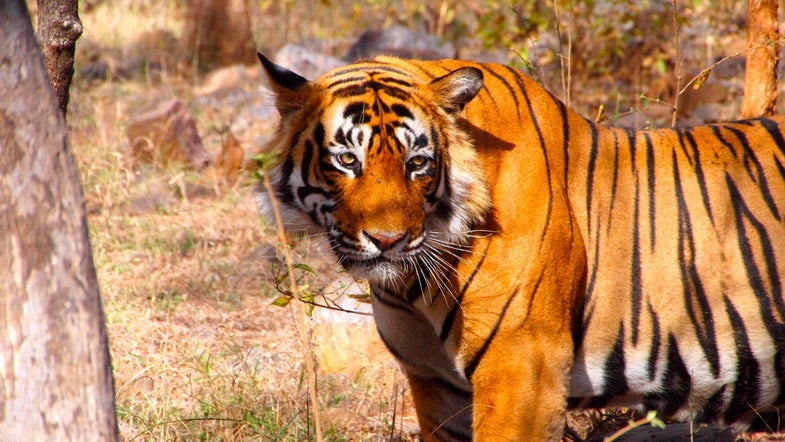 We all know that good fences make good neighbors, but in one national park in India, fences just aren’t good enough. New Scientist reports that a new radar network is being developed for Panna National Park, a tiger reserve in India.

Faced with poaching and a dwindling tiger population, Panna actually had zero tigers within its borders in 2009. Despite this massive setback of not having any tigers in a tiger reserve, the park persevered. Tigers from other parts of the country (two female, one male) were reintroduced that same year and began breeding.

Now, in an effort to keep the growing population safe from poachers (and neighboring humans safe from wandering tigers), the park is working with Ohio State University researcher Anish Arora to develop and install a radar network at the borders of the park. The network is designed to sense when a human enters the tigers’ territory or when a tiger leaves the boundaries, allowing park workers to intercept the offender and make sure that everyone ends up in the right place.

Arora told New Scientist that the technology was originally developed to be used in the United States. Instead of guarding a tiger sanctuary, it was intended to monitor the United States’ border with Mexico. It would have been used to let border patrols know when a person was attempting to cross the border. The United States went with building a very large fence, instead.