CES 2018 showed us that we shouldn't fear robot takeover just yet. 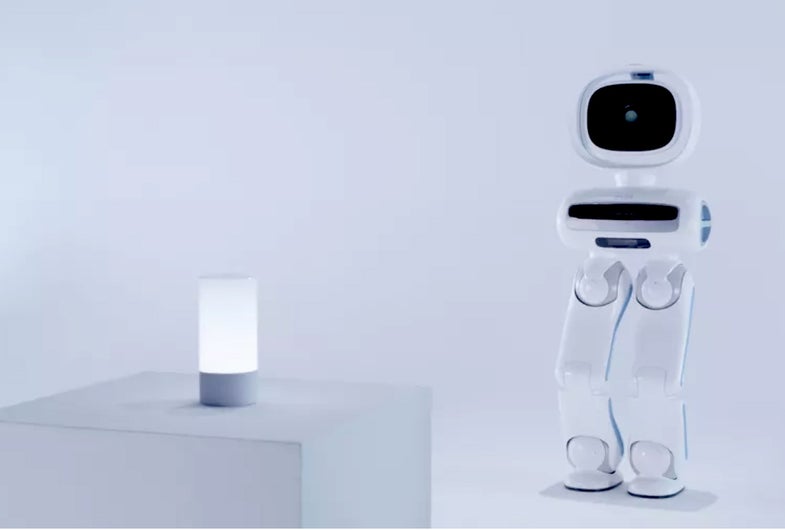 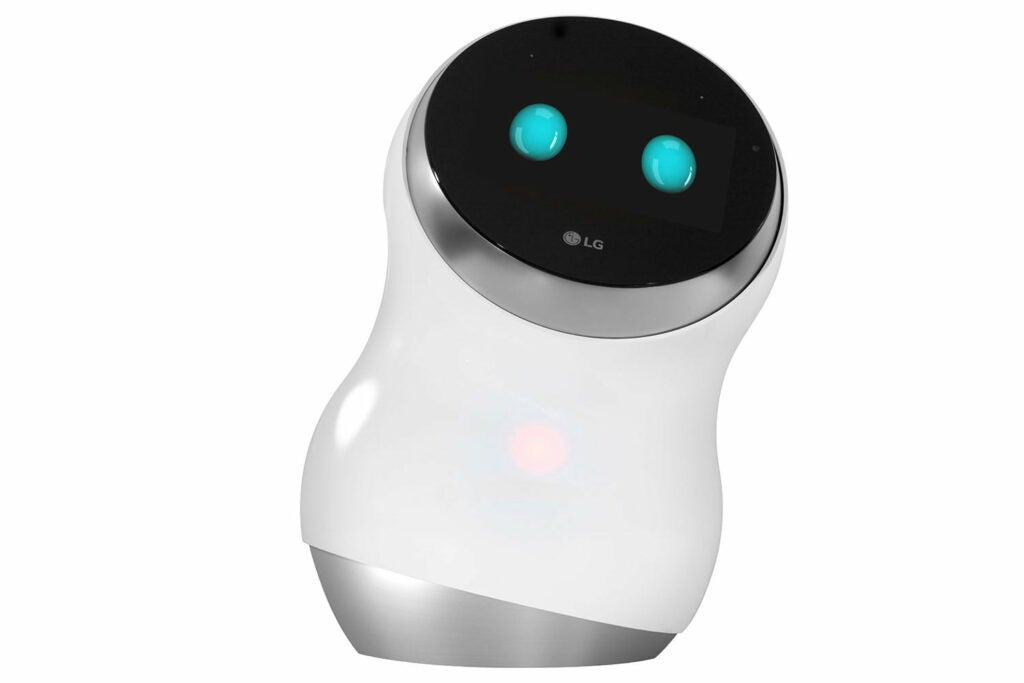 Before the Consumer Electronics Show opens to all its attendees, there’s a press day in which many of the bigger manufacturers put on elaborate productions to show off their new products, announce new partnerships, and give us a glimpse into their future tech. It helps set the tone for the show and really get people fired up to hit the floor and check out some new gadgets.

This year, LG was one of the first companies on the press conference schedule, and one of its marquis demos was a Hub Robot that embodies the company’s digital home assistant, CLOi—pronounced like the human name, Chloe. Instead of making LG look like the future of technology, however, this robot served as a good reminder of just how far we are from the autonomous robot butlers we’ve been promised.

The CLOi bot has a vaguely humanoid face and the kind of cloying appeal you’d expect from a Pixar character. The bot was cooperative at first, responding to LG marketing chief David VanderWaal initially before CLOi started doing its best moody teenager impression. The bot stopped responding in front of a room full of tech reporters. The blip wasn’t totally unexpected since robots require things like a reliable internet connection and freedom from wireless interference, both of which are in short supply at CES. But even if it had worked, CLOi isn’t the robot of our dreams; it’s mostly just a conduit between a user and LG’s ThinQ smart home tech, which exists as a loosely connected group of smart gadgets scattered throughout your home.

I want a robot in my house that does stuff for me. Remember that scene in Rocky IV when that terrible robot delivers Pauly a birthday cake? Where’s that robot?

The rest of the robots

Scanning the rest of the CES robots doesn’t hold much in the way of promising our own robotic servant, either.

Perhaps the most promising is the Aeolus, a humanoid robot that can actually achieve tedious household tasks like vacuuming or fetching things from other rooms. Right now, however, it’s only a working prototype of a bot that will be absurdly expensive even if it makes its way to market.

Misty Robotics introduced its Misty I robot at CES as well. The bot gives programmers the tech they need to start personalizing an android without having to build the hardware. Even that robot, however, is in its early stages, and the company’s founders still see a true Rosie-style robot arriving roughly a decade from now.

What about the humanoids?

We first met Sophia from Hanson Robotics back in 2016. Her kinda-human face straddles the border between impressive and nightmarish. This year, the bot got a body that can take actual steps. They’re precarious and not particularly useful, but she took steps. Still, watching her wobble makes Sophia’s viability as a personal robot seem like it’s decades away. 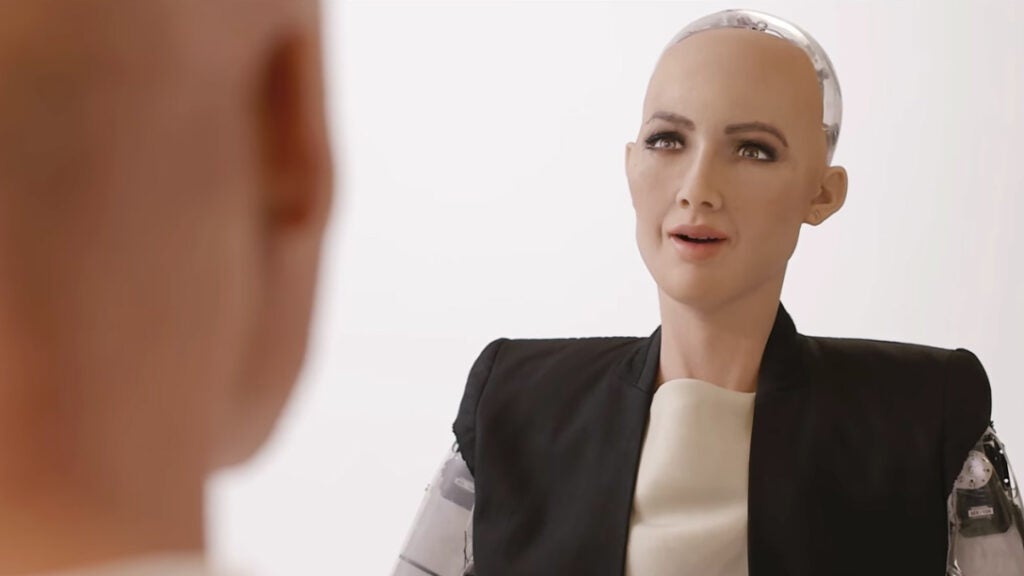 This robot took its first steps in public at CES 2018.

One of the big stories in personal robotics at CES 2018 was Kuri, a robot we first met at CES 2017. The retail version, however, didn’t even hit shelves until roughly a month ago, and not much has changed except for its newfound ability to act as an autonomous family photographer.

Then there’s Aibo, Sony’s undeniably adorable robotic dog. It’s a fun toy, but still a toy. It’s also a toy we first met more than a decade ago. The new Aibo has a retail price of more than $1,700 and requires a cloud subscription service if you can even get one. 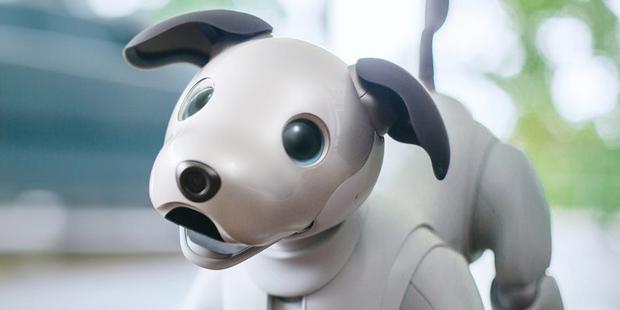 Perhaps the biggest theme of 2018 was smart home integration, which carried over from the 2017 show. Last year, every new gadget had Amazon’s smart assistant Alexa baked in. This year, you couldn’t throw a promotional thumb drive without hitting a new product using Google Assistant. With all of these individually connected gadgets, it makes the idea of a companion robot for the average person seem redundant and kinda silly.

Instead of a Westworld-style robot roaming around our house performing tasks, it now seems a lot more likely that we’ll just shout commands to our disembodied virtual assistant to control individual gadgets. Why ask the Aeolus robot to go get the vacuum and start hoovering, when you can simply yell to a Roomba to do the job with no middle-man-shaped robot?

The idea of humanoid robots endures, at least for now. Even LG’s prototype industrial robot has a screen with graphics vaguely resembling a face. But the allure of Rosie the Robot from the Jetsons is starting to fade. Lately, the prospect of Tony Stark’s JARVIS assistant is more enticing. We may never actually see the AI-driven assistant, but there’s little it can’t accomplish due to the connected nature of the house and gadgets.

Maybe 2028 will prove all of this wrong and we’ll wonder how we ever got along without our in-house companion bot. But, watch that robotic suitcase tip over a whole bunch of times during its demos and it seems pretty unlikely.