THE FUTURE OF WORK Pimp Your Cube 2017

For a look at seven more future-cube gadgets, launch the slideshow here

Your mother was wrong: Sitting up straight is bad for you. Scottish radiologists confirmed in a study last year that a 130-degree angle of recline between torso and thighs reduces pressure on the discs in the lower back. This (and its sleek design) is why the ubiquitous Aeron chair was so ahead of its time in 1994. It deeply reclined by pivoting at the hips.

But designers find that the features of chairs like the Aeron are lost on most sitters. The array of levers and knobs-recline tension, lumbar support, seat-pan depth, forward tilt-are commonly ignored by users, who only think to change the chair´s height.

This neglect has manufacturers such as Herman Miller and Humanscale looking toward the next frontier: a self-adjusting chair. â€We´re working on a chair that will listen to who´s sitting on it and adjust itself to their weight,â€ says Bill Dowell, director of research at Herman Miller, which makes the Aeron. Humanscale´s Freedom chair includes a counterbalance system that adjusts itself like scales to the sitter´s weight as he or she reclines, eliminating the need for recline controls.

Or perhaps the chair of the future isn´t one at all. Chairs contribute in part to the high rate of back pain, which, according to the National Institutes of Health, affects eight out of 10 Americans. â€Our notion of a machine for sitting may not make sense in a globalized world,â€ says Herman Miller designer Cameron Campbell. Galen Cranz of the University of California at Berkeley points out in her book The Chair that the Indian practice of squatting and the Muslim practice of stretching five times a day to pray have great ergonomic benefits. Ten years from now, one worker may settle into a low recliner, another will kneel on a soft carpet, and they´ll talk across a pile of office cushions.-Peter Hall 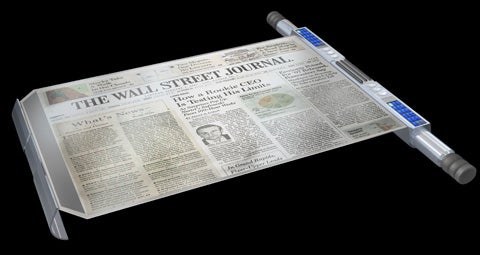 Flexible e-ink screens, as easy on the eyes as newsprint, will wirelessly grab the documents you need when you enter a meeting. You can then unfurl them on the train or switch over to the newspaper. Researchers at Dutch company Polymer Vision have created flexible circuitry that bonds to displays at low temperatures so that screens can bend without melting or breaking. Now they’re working on circuits for high-resolution 8-by-11-inch displays.

One Pen for Everything

German pen company Staedtler created the first pen to write on almost anything. Next: ink that chemically adapts to that surface. Staedtler is closely watching academic research into smart inks, which change to optimize molecular bonds with a surface. Paper could trigger non-bleeding ink; whiteboards might produce a dry-wipeable substance. 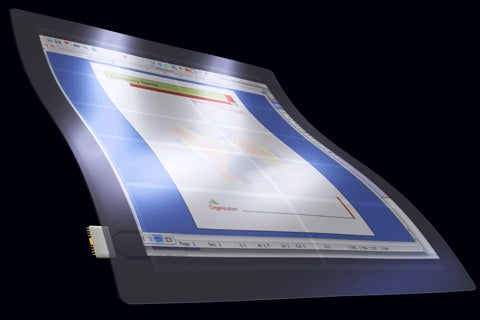 Go ahead, stare out the window–it’s also your monitor. Displays can already be 75 percent transparent when turned off, thanks to thin electroluminescent films called organic light-emitting diodes, or OLEDs. Universal Display Corporation in New Jersey and others are developing see-through conductive materials to replace the last visible part: the grid of circuits that delivers power to pixels.

Snip the last cords on your desk. Wireless “power strips,” developed by Pennsylvania-based Powercast, transmit energy from an outlet as radio waves. Add-on chips for low-power devices, such as cellphones, convert those waves into electricity when the items come within a few feet. The first products debut this year. 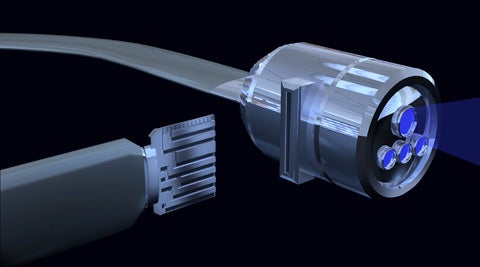 No more fumbling with passwords, ID cards or keys. In roughly five years, your desk will recognize you by looking at your face. Hidden cameras snap photos as you walk in, compare them to a database of users, and unlock laptops, doors and personal data. To make sure new facial hair or dim lighting doesn’t throw the system off, University of Tennessee researchers and others are investigating 3-D images that focus on difficult-to-change bone structure. 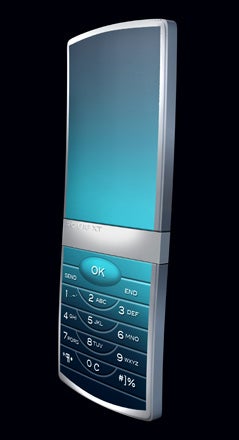 In a project at the Palo Alto Research Center in California, phones use nearby office cameras to detect when you’re in a face-to-face or cellphone conversation. Natural-language software then picks out words like “meeting” and automatically fills in your calendar. 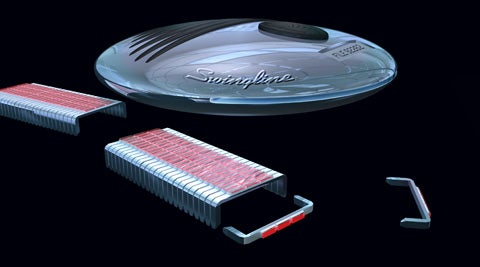 Soon, staples won’t just keep papers together–they’ll make sure you keep them, period. As RFID tags shrink in price and size, Swingline wants to embed them in staples so that lost documents can radio their location to a tracking device.
national institutes of health
Science