Artist's impression of what Ovatiovermis cribratus would have looked like when it was alive 500 million years ago. Danielle Dufault, Royal Ontario Museum
SHARE 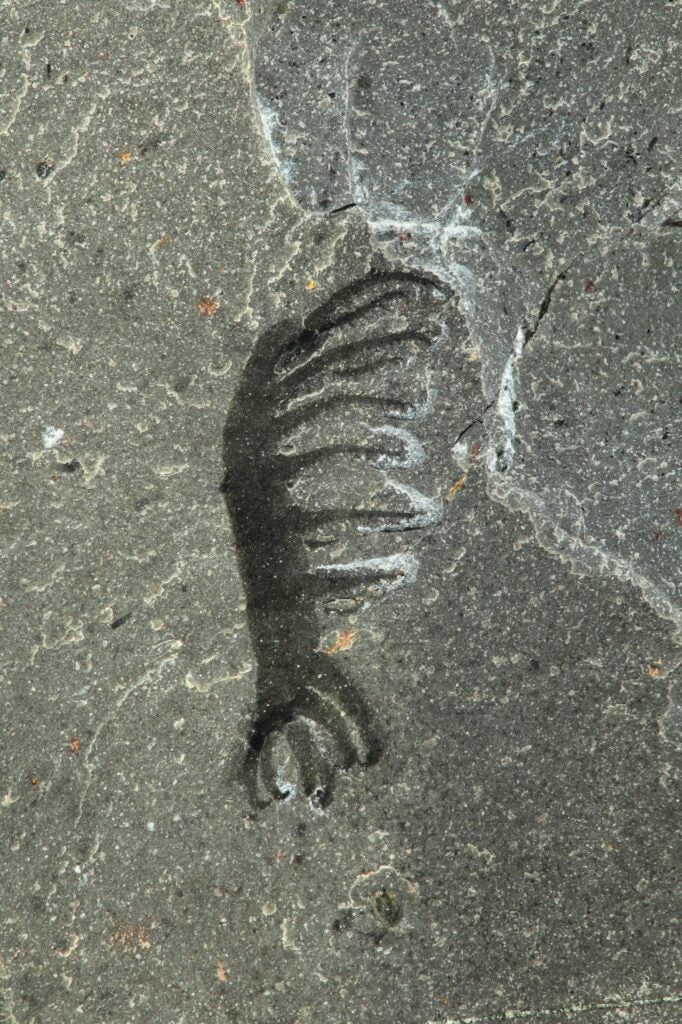 The rocky imprint looks like the shadow of a flattened shrimp. But this tiny creature—no bigger than a thumb—lurked in the shallow seas of North America long before shrimp existed.

The 500-million-year-old worm with leg-like appendages is a distant relative of tardigrades and arthropods. It was formally identified in an article published in BMC Evolutionary Biology this week.

Evolutionary biologists were able to piece together an approximation of the worm based on two fossils—one recovered decades ago and another discovered by a tourist visiting the Burgess Shale in 2011. Artist’s impression of what Ovatiovermis cribratus would have looked like when it was alive 500 million years ago.

The Burgess shale—where two specimens of the new species were identified—is a UNESCO World Heritage site famous for its treasure trove of marine fossils. The former seafloor now sits high in the mountains, and it boasts not only bones and exoskeletons but also the fossils of soft tissues, like this worm.

“Lobopodians have mostly been seen so far as an eclectic group. We think that suspension feeding was common among them and turned out to be important in the initial ‘burst’ of that colossal group that gave rise to water bears, velvet worms and arthropods,” study co-author Cédric Aria said in a statement. Other animals that exist today, like the skeleton shrimp have similar eating patterns.

In virtual motion, the worm with legs looks strange—it is, after all, a worm with legs—but also strangely majestic. Here in the Popular Science offices, the animation of the gracefully swaying gangly body has been favorably compared to a Pokemon doing yoga.