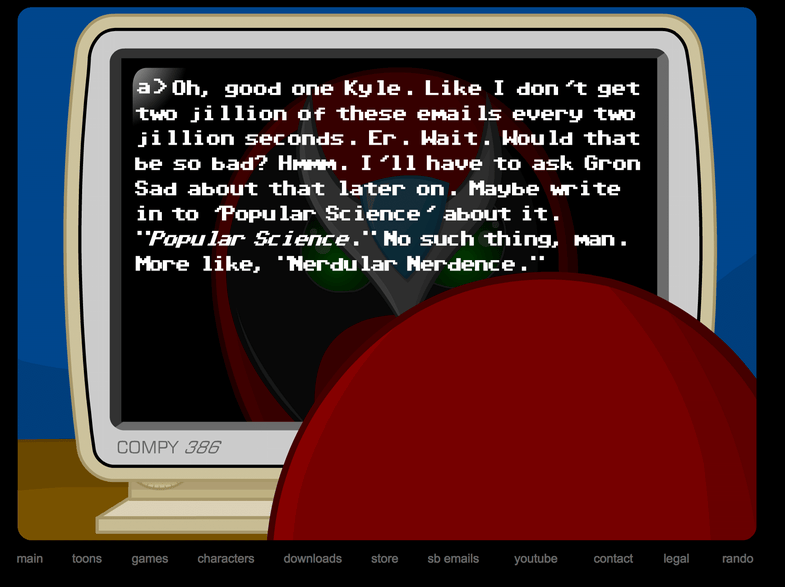 When I was growing up, there was nothing more exciting than a new Strong Bad Email (or as they were known by fans, “sbemails”) going up on HomestarRunner.com. To date, Strong Bad has answered over 200 questions, introducing us to such cult classics as Trogdor, Teen Girl Squad, and, of course, fhqwhgads.

However, one question from this iconic internet series has gone unanswered for nearly 13 years, and only Popular Science is qualified to answer it…because we were the ones he asked.

(Author’s note: I have no idea why Strong Bad has renamed his brother Strong Sad “Gron Sad,” other than perhaps for the animators to fit all the text on the computer.) 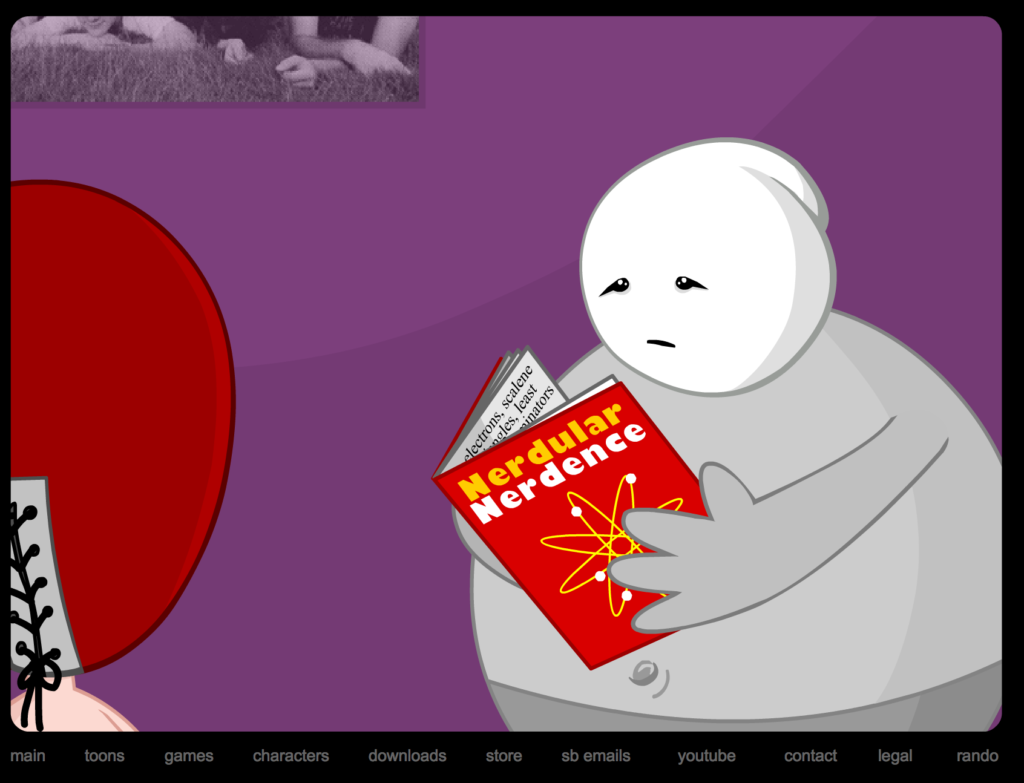 Nerdular Nerdence definitely has the answer, even if “a jillion” isn’t a real number.

So far as I can tell, no one from Popular Science ever gave Strong Bad an answer (though Strong Sad does inform Kyle that “a jillion” is not a real number in an Easter egg.) So would it be so bad to get two jillion emails every two jillion seconds?

It’s true that, as Strong Sad mentions, “a jillion” is not a number. However, what we’re really looking at is the ratio of emails to seconds, not the number itself. It can be substituted with any “illion” number—million, billion, trillion—or we can get rid of that all together, since there is a one-to-one ratio. So the question Strong Bad is really asking is “Would it be so bad to get one email every second asking the same question?”

Between meeting invites, spam, and unprompted emails from PR reps, it can definitely feel that way sometimes, but virtually no one gets one email per second on the same topic, let alone asking the same question. A 2014 study reported that the average “business” user sent and received about 121 emails a day, and estimated that the same group would be up to a count of 140 by 2018. So we can assume that folks who rely on email for their livelihood—like Strong Bad—send and receive an average of about .005 emails per second (or .005 jillion emails per jillion seconds). And that’s assuming that all emails are sent during an eight hour work day, which we all know is unfortunately not the case. When you realize that business emails tend to filter into your mailbox at a rate of about one every six minutes, receiving one per second sounds pretty nauseating.

So yes, Strong Bad, it would be rather annoying to receive an email every single second. Or two jillion emails every two jillion seconds. Although if it got us some new sbemails, I certainly wouldn’t complain.