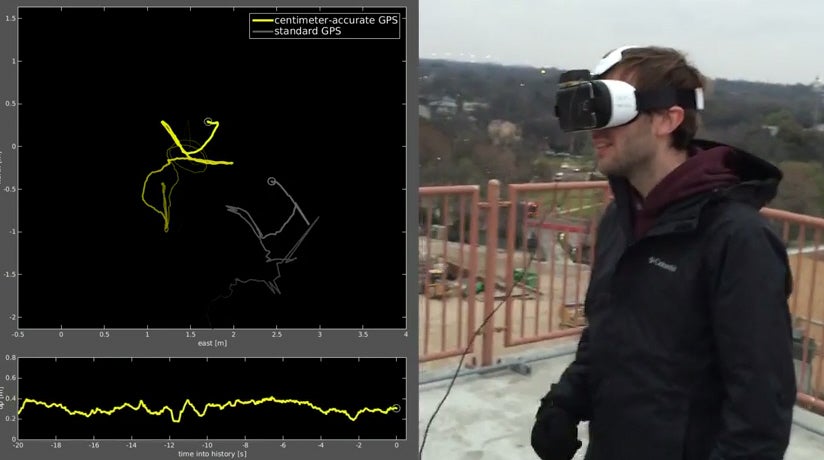 As anyone who has ever missed a freeway exit while relying on navigation software can tell you, even at its best GPS is something of a guess. With a margin of error of around a few feet, GPS is can be decent enough for guiding cars on roads, but the wide range limits GPS to environments where a few feet of difference isn’t a huge deal. A new, hyper-accurate system, developed by researchers at the University of Texas at Austin, can upgrade GPS accuracy from a few feet to a few inches.

GPS works thanks to a system of 32 satellites orbiting Earth. The satellites all broadcast signals with their location and time signatures encoded. The GPS receiver on your phone picks up on these signals, and uses their time and location data to calculate how far away each satellite is. Using signals from four or more satellites, the GPS can tell exactly where on Earth it is, give or take the length of a car.

Those signals sent from GPS satellites contain information coded into waves with a specific frequency. Each cycle–meaning every time the wave travels from one crest to another–can be used as a sort of distance marker, accurate to fractions of an inch. These waves are much smaller than the signals that a regular GPS uses, so when the signals from different satellites overlap, the area of intersection is also smaller, which leads to more accurate location estimates. The UT Austin folks’ device uses a special receiver, called GRID, to measure those waves.

We’ve already seen small GPS units designed to work on this principle alone, with a specific focus on better drone navigation. What the researchers at UT Austin hope to do is get their program running internally on phones, but for now, GRID is an external device.

Apart from accurate drone delivery, the team at UT Austin wants to use it for better virtually reality. By tracking users’ movements more precisely, the tech could make walking around in a virtual environment smoother and more immersive.

A video of the system, used with a virtual reality headset, demonstrates its accuracy: