Scientists find two gas giants orbiting a star, and with it up the chances of our discovering another Earth 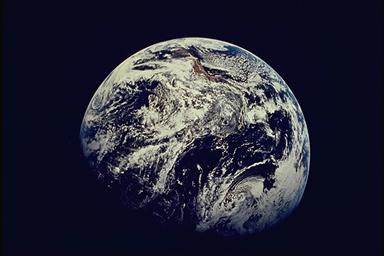 Less than fifteen years ago, the concept of an extrasolar planet orbiting a star much like our own was only a theory. Since that time, we’ve discovered nearly 300 extrasolar planets in all, but have consistently failed to find systems which orbit around stars resembling the sun. Today, the BBC is reporting on a find by astronomers from St. Andrews University of two gas giants on par with Saturn and Jupiter in orbit around a star half the size of our sun. While the finding is not a direct link to a system similar to ours, it does present an increased likelihood that our system is not unique.

While gas giants in tight orbits have been the focus of most astronomers’ searches due to their relative ease of detection, the technology for detecting smaller planets in more distant orbits is rapidly improving. The planets so far uncovered have all been too close to their star or too gaseous to support life as we know it.

But as the technique for discovery—called micro-lensing, because of the way it looks for bent and magnified light from planetary gravitational fields—becomes more precise, terrestrial planets literally come into focus. We are so far able to detect planets below Earth’s mass and have found gaseous giants in the so-called habitable zone (the distance from a star analogous to Earth’s distance from the sun) so it is only a matter of time before we uncover a system in the mold of our own.