Reversing years of Bush administration policy, the White House announced that it has scrapped plans for an Eastern European component... 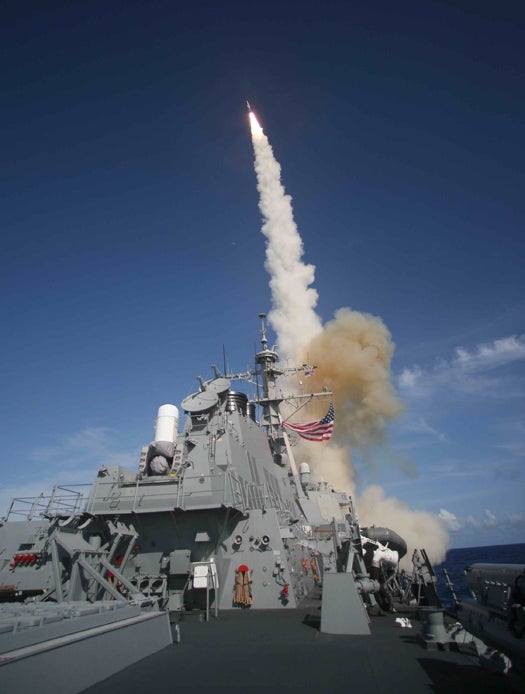 Reversing years of Bush administration policy, the White House announced that it has scrapped plans for an Eastern European component of the intercontinental ballistic missile (ICBM) shield. Instead of placing radar and interceptors in Poland and the Czech Republic, the Obama Administration will instead deploy anti-missile capable warships in southern Europe and/or Turkey.

In addition to reorienting from a Russian threat to an Iranian missile threat, the move also means a shift from speculative, advanced anti-missile technology to older, proven systems.

The system that former-President Bush hoped to set up in Eastern Europe would mimic the anti-ICBM installations already completed in Alaska and California. Called the Ground-Based Midcourse Defense (GBMD), the system involves a kill vehicle that locates and slams into an incoming warhead. The GBMD program has been plagued with problems, including the inability of the kill vehicle to differentiate between active warheads and decoys, and it is estimated that the program could run as much as $1.5 billion over budget.

Instead of a Poland-based GBMD, the Obama administration will deploy ship-based SM-3 missiles. The SM-3 has a more proven track record of interception than the GBMD kill vehicle, is far cheaper, and is already complete. Additionally, the SM-3 is more versatile, and was even used last year to shoot down a satellite.

Russia reacted positively to the news, while Poland, which views Russia as a greater threat than Iran, is a bit miffed. With the GBMD off the table, Poland has asked the US to base Patriot anti-missile batteries on Polish soil.

[via The Wall Street Journal]