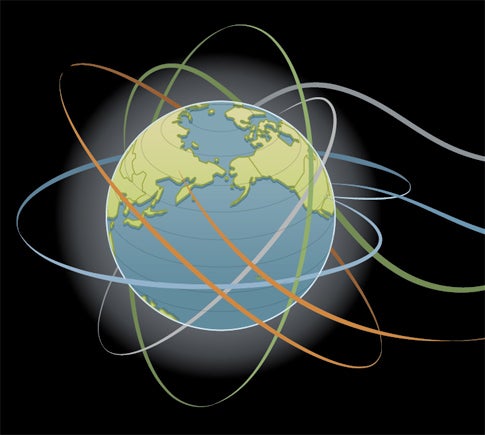 Fifty years ago last month, NASA opened its doors. The launch of Sputnik the year before had rattled the United States’ faith in its technological superiority and pushed it to assert itself as the leader in space. In the decades since, that dominance has scarcely been challenged. But as NASA phases out the space shuttle and International Space Station operations to transition into Constellation—the program that will use Orion spacecraft to return astronauts to the surface of the moon and, eventually, Mars—the country finds itself starting over at a time when other nations have announced their own lunar programs.

With critics questioning whether the benefits of manned spaceflight (both scientific and geopolitical) are worth the risk and cost, NASA faces serious challenges. It needs to transition quickly from the shuttle to Constellation, beat China and Russia to the moon, and do it without cannibalizing its non-manned programs.

The Next Four Years

For five years after the space shuttle retires in 2010, American astronauts will have to hitchhike their way into space. NASA plans to buy rides on Russia’s Soyuz for trips to the ISS, but diplomacy issues in the wake of Russia’s war with the republic of Georgia could preclude orbital carpooling.

In addition, NASA must balance the demands of its manned space program—which uses facilities strategically spread across a multitude of congressional districts—with the needs of the science community. Spacecraft like this year’s triumphant Phoenix Mars lander, not to mention the now-venerable Hubble Space Telescope, reveal the most universe for the money. Will NASA strip those programs to pay for Constellation?