My debris field is bigger than yours 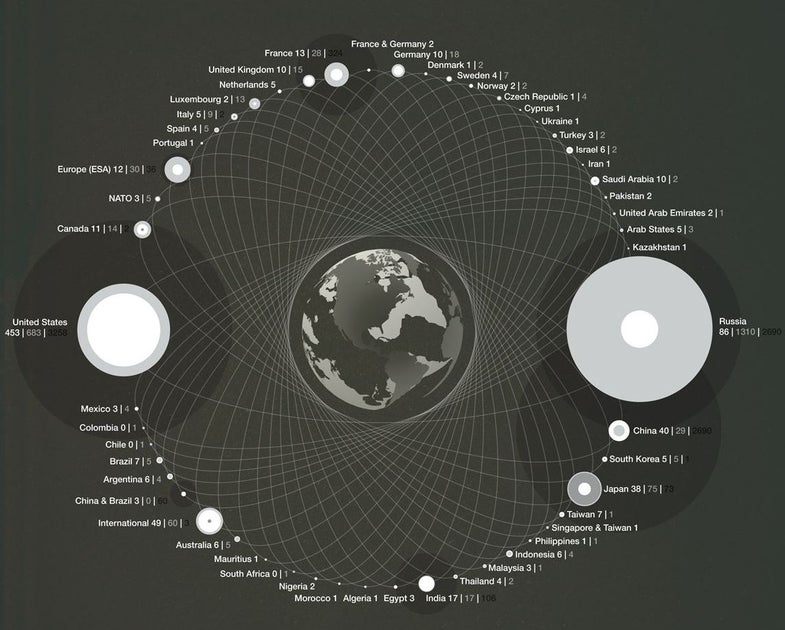 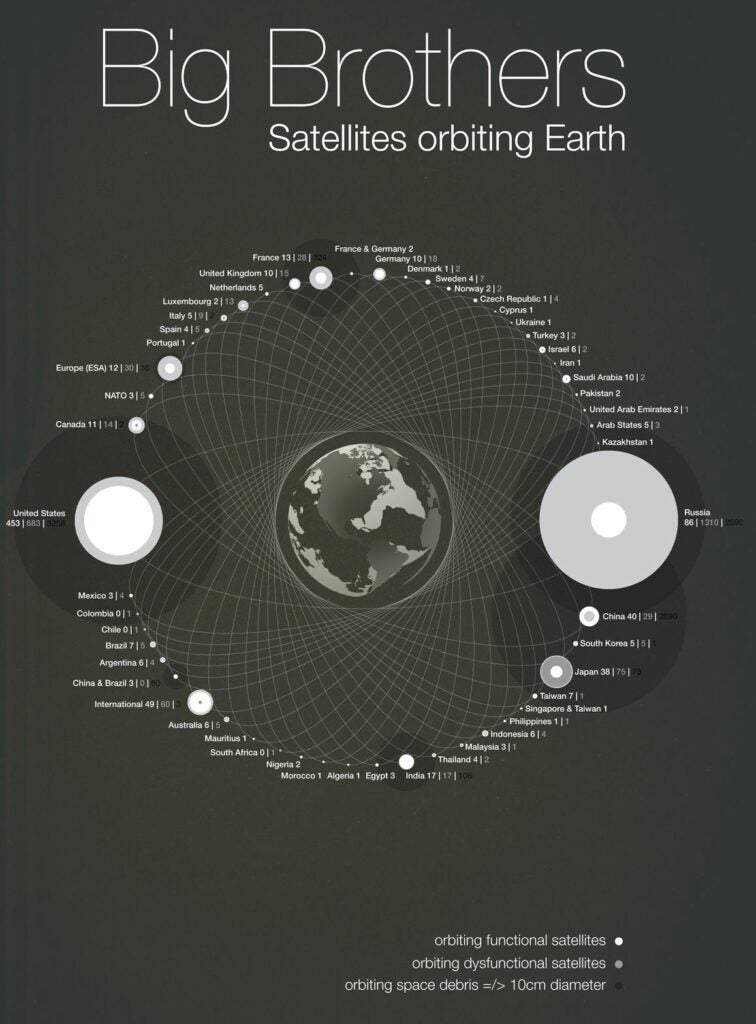 Space debris remains one of the biggest challenges for a space-faring humanity in the 21st century, as even the smallest pieces can pose a serious threat to satellites, manned spacecraft and the International Space Station. Now our friends at Fast Company have stumbled on a nifty infographic by Austrian designer Michael Paukner that lays out the space clutter situation more clearly.

Each nation’s contribution shows up as a series of circles. A white circle designates active satellites, a gray circle indicates dysfunctional satellites and a black circle represents pieces of orbital debris greater than 10 centimeters in diameter.

The biggest contributor to space junk is none other than the U.S., followed closely by a two-way tie between Russia and China. Interestingly, China managed to contribute all that debris despite just having half the number of active satellites compared to Russia, or one tenth the number of satellites in the U.S. fleet.

Both China and the U.S. have tested missiles to shoot down satellites in the past, although the Chinese destroyed their weather satellite in a higher altitude that left a large cloud of space debris.