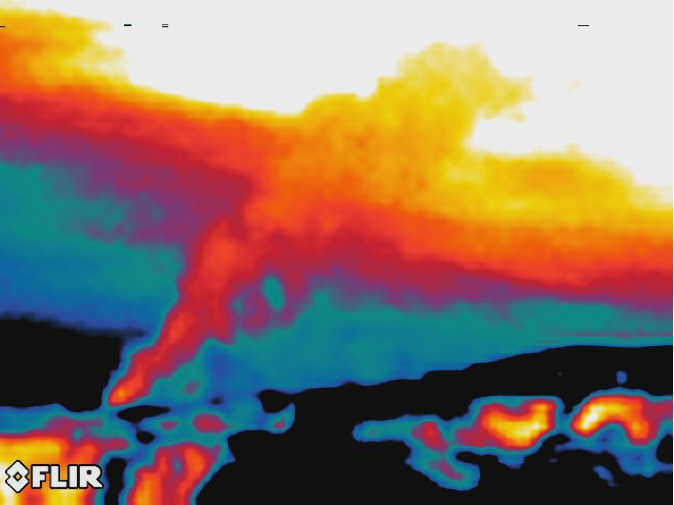 As greenhouse gases go, carbon dioxide might get all the attention, but methane is the quiet powerhouse. While it isn’t as prevalent as carbon dioxide, the EPA estimates that methane is 25 times more potent than its more famous fellow emission, able to trap more heat in the atmosphere.

That’s why scientists are watching for both natural and human-caused methane leaks, which could have a big impact on climate. One of the most recent areas of concern was a huge leak in Aliso Canyon, an area of Los Angeles, where a well at a methane storage facility blew out in October of last year. The leak wasn’t plugged until just a few weeks ago, spewing massive amounts of methane into the atmosphere in the interim, and eventually forcing 11,000 people from their homes.

How much methane was released? A paper published today in Science calculated that the disaster at this single well doubled the amount of methane leaking into the atmosphere from the entire Los Angeles area, with this lone disaster expelling 97,100 metric tons of methane.

This lines up with previous estimates from Environmental Defense Fund that found that between October 2015 and February 2016 when the leak was finally plugged, the leak spewed 96,000 metric tons of methane into the atmosphere, the rough equivalent of burning 900,000,000 gallons of gasoline. Put another way, the total amount of methane leaked into the atmosphere would fill a balloon the size of the Rose Bowl stadium.

Methane is colorless, but can be seen by infrared cameras. The video below was recorded in December, when the leak was still going strong.