Here's the most gorgeous space news you need to catch up on. 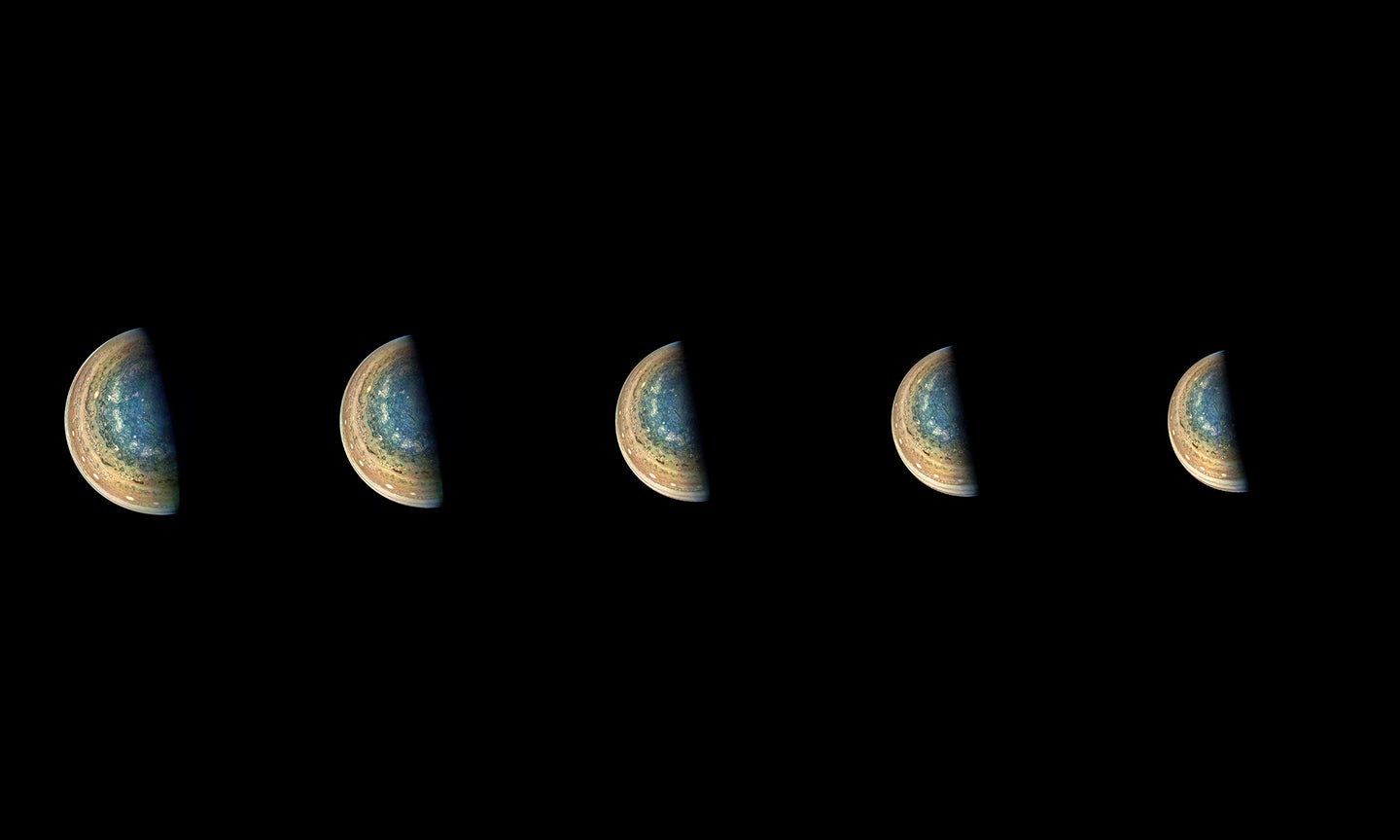 Travel Pictures Quick, what were you doing on February 7, between 10:21 a.m. and 11:01 a.m. EST? Were you in school? In a meeting? Zipping tens of thousands of miles past the South Pole of Jupiter? If it’s the last one, then you’re probably the Juno spacecraft. Hey, Juno. This series of pictures of the swirling clouds of Jupiter’s south pole were taken during that time while the spacecraft was between 85,292 and 124,856 miles away from the planet’s surface. Just before these pictures were taken, Juno got as close as 2,100 miles to the planet during its tenth science orbit. Juno arrived at Jupiter in 2016 and is expected to do a total of 12 science orbits to gather more information about the inner workings of the gas giant by July of this year. At that point, the mission could be extended.

Cage Match A paper published this week in Nature took a closer look at solar flares like this one, which was recorded by NASA’s Solar Dynamics Observatory in 2014. This flare, coiled and ready to spring, could have turned into a coronal mass ejection or CME. But something held it back. That something, researchers say, was a magnetic cage that held the more rope-like flare close to the Sun, keeping it from pushing out into space. If the cage had been weaker, or the rope stronger, a massive plasma eruption could have occurred instead.

Dusty Days Nearly 10 years ago, the Mars Phoenix Lander parachuted down to its new home, near the North Pole of Mars. It landed in May 2008 and operated through early November of that year, surpassing its stated mission by two months. But it slowly lost power. Images taken in 2010 showed that ice had severely damaged its solar panels. Last December, the High Resolution Imaging Science Experiment (HiRISE) camera on NASA’s Mars Reconnaissance orbiter spotted Phoenix’s landing site (the dark spot to the top left) and its parachute (the dark spot to the lower right). The darker image, where the two sites are more pronounced, was taken soon after it landed in 2008. The more recent image, taken in December 2017, shows that dust has slowly reclaimed the landing sites, making both the chute and lander fade into the Martian background. 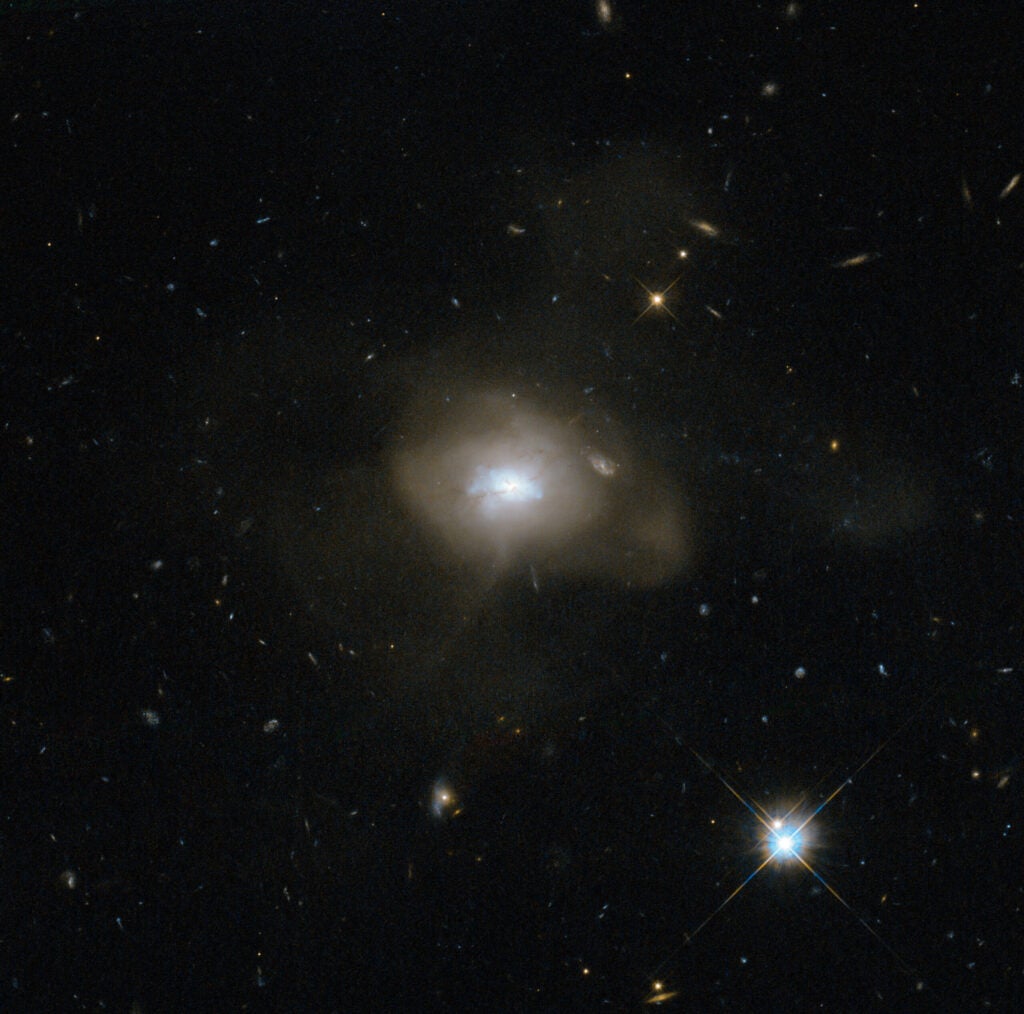 The result of a long slow galactic collision, spotted by Hubble.

Aftermath of a Merger This galaxy might look soft and lovely, but it has been through some hard times. Researchers think that the galaxy in this image used to be two spiral galaxies, which merged over millions of years in a slow-motion collision, eventually becoming the elliptical galaxy visible here. The bluish light at the center belongs to a whole host of newly-formed stars born into this cosmic tempest.