I guess no one ever thought to fund them all? 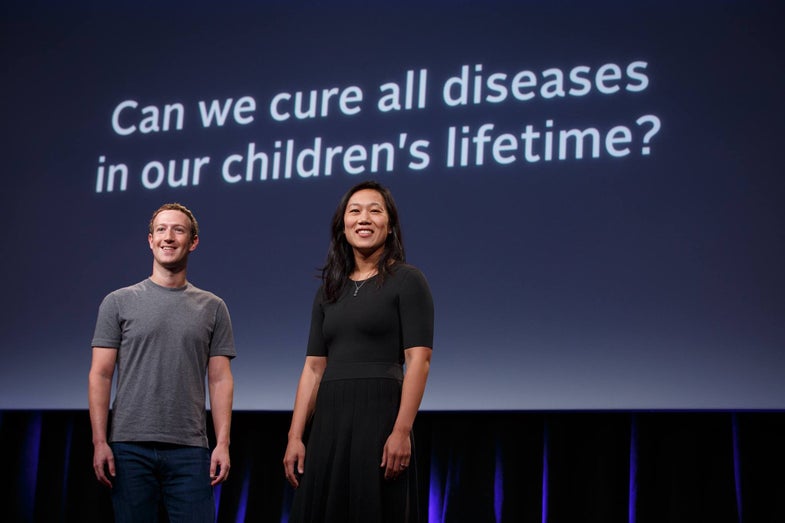 Mark Zuckerberg and his wife Priscilla Chan have just announced that they’re committing $3 billion over the next 10 years to cure all diseases. That goal starts with a $600 million investment into Biohub, a partnership with various California-based medical institutions, but will continue to advance scientific research by supporting research of many disciplines.

Chan began with some opening remarks about the ultimate goal, as reported by The Verge.

Zuckerberg followed with a few words about the kind of tools they hope will come from this funding. He then turned things over to a series of top people at the Chan Zuckerberg Initiative who will be leading this new project forward.

Those leaders have given some details so far, emphasizing how collaborative and innovative they think the program will be. They say the initiative will start by funding research that federal grants currently don’t support and will help to construct a Cell Atlas (an understanding of every cell in the body and what each one does). The group is also looking for researchers with interesting ideas, and neuroscientist Cori Bargmann at Rockefeller University, who will be leading the scientific work, said they will consult experts to figure out which projects to pursue and how to tackle their goals.

This work will begin with the Biohub, a collaboration between UCSF, Stanford, and the University of California at Berkeley. The focus will be on funding basic research to advance our understanding of disease.

With their funding, Joe DeRisi, a professor at UCSF School of Medicine who is co-leading Biohub, said there won’t be any more debating about which research to fund if it’s something important.

Finally, Bill Gates took the stage for a few closing remarks, saying that the Chan Zuckerberg Initiative is already doing “some very promising work” for children’s education and that this new goal may be lofty, but that he “can’t imagine a better couple” to take it on.

There’s a lot more info coming, but for now the group is confident in their new initiative’s goals. Or as Bargmann put it: “This will work.”