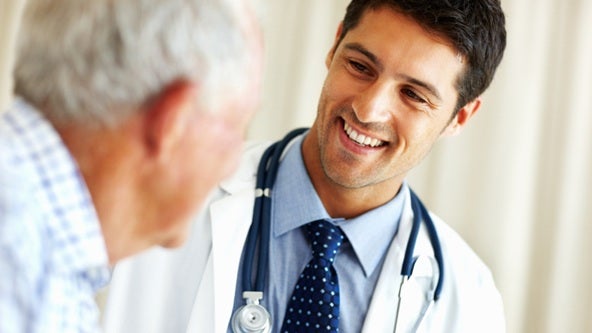 We’ve seen a lot of changes in gay marriage in the U.S. recently, both in law and in culture. Here’s another, more fundamental, place where rules and attitudes seem to be changing. Gay-rights advocacy group Human Rights Campaign published its annual analysis of American healthcare facilities last week and found that a greater number than ever have top-notch policies in place to protect gay patients and employees.

Last year, the campaign found only 71 hospitals or hospital groups—which represent several facilities—had strong non-discrimination policies in place for lesbian, gay, bisexual and transgender patients and employees. This year, 212 groups had strong policies, out of 309 groups that responded to the campaign’s survey. (Last year, 122 groups responded to the survey.)

There aren’t really comprehensive nationwide studies of the health of different LGBT groups—the Institute of Medicine is working on it—but some preliminary evidence suggests non-heterosexual people get certain diseases more often and are less likely to get certain screening tests. Many LGBT people also feel they don’t receive equal treatment from doctors, nurses and other healthcare workers. In a 2010 survey, 9 percent of lesbian, gay and bisexual people and 52 percent of transgender people said they believed some would refuse them medical care because of their sexuality. Explicit non-discrimination policies could help make LGBT people more comfortable seeking health care and reduce disparities in their health.

To get a top rating from the Human Rights Campaign, a health care facility has to: have a written non-discrimination policy for patients and employees that addresses both “sexual orientation” and “gender identity”; guarantee equal visitation rights for LGBT patients; and train its staff to care for LGBT patients. The campaign asks facilities for documents to prove they have and publicize their LGBT policies. The advocacy group also provides free staff training in LGBT issues, although facilities still get credit if they choose to get training from another company instead.

One of the biggest shifts this year is that many more facilities were willing to participate in the Human Rights Campaign’s survey at all. For the first time since the campaign began doing this survey in 2007, at least one facility responded from every American state. A large majority of U.S. Veterans Health Administration facilities participated in the survey this year. Last year, only one veterans’ health center responded. Among the veterans’ centers that replied, 76 percent of those were rated tops.