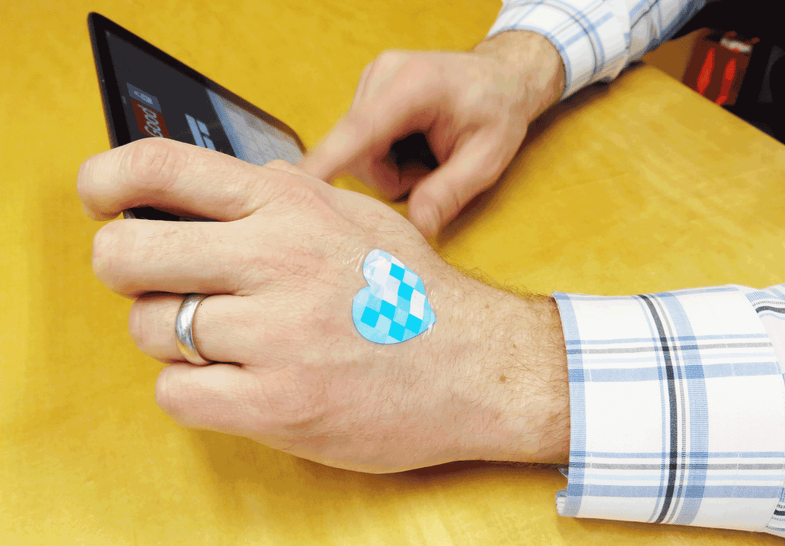 CES gives companies a platform to show the best possible future of their product or field. Usually, this means putting screens on everything. Samsung unveiled a kitchen rife with touch-sensitive displays, and car manufacturers like Ford and Toyota are teaming up to bring apps into your car. But sometimes, these innovations don’t quite hit the mark.

L’Oreal, the company that makes shampoo and not electronics, announced a smart patch today that measures UV radiation on the wearer’s body, called My UV Patch. It’s applied to the skin, and is basically a sticker coated in special dye.

When light from the sun (or presumably even a UV light) hits the patch, the dye reacts and changes color depending on the intensity of light and how long it’s been exposed. Wearers can then use the associated smartphone app to take a picture of the patch, and more accurately gauge their exposure.

This is great for people who have never been in the sun before, or people who are forgetful about the fact that they have skin that can get burnt. For the rest of us, though, it just seems like a stretch.

L’Oreal’s project originally held a lot of potential, and still does. Earlier this year, the company told Popular Science all about potential wearables that used ultra-slim electronics to measure blood flow, skin hydration, or even measure unseen pollutants.

This isn’t to say that limiting sun exposure isn’t important, though. Skin cancer and connective tissue damage can be caused by UV radiation, according to the Center for Disease Control. We just don’t need an app for it.