Will tiny leaks sustain us to the Force Awakens Finn-ish line? 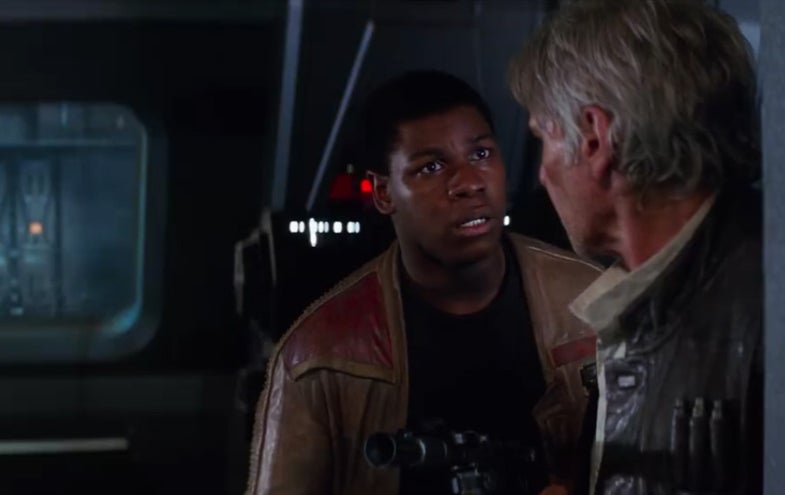 In less than a month, on December 18, 2015, Star Wars: The Force Awakens will open in American theaters. The seventh film in the beloved and tragically uneven space opera series brought back many old favorite characters from the first trilogy, but it’s not just a vehicle for aging smugglers. The Force Awakens introduces several new characters, including John Boyega’s “Finn.” As we’ve seen in previous trailers and teasers, Finn wears stormtrooper armor, yet (likely) becomes a Jedi. The latest spot, released on Facebook last night, shows Finn facing off against another stormtrooper with a lightsaber-proof staff:

As Brian Fung noted at the Washington Post, this means that a least one odd part of the prequels (and, before that, Star Wars novels) is returning to the big screen: a lightsaber-resistant eletrostaff. We are exactly this excited about it:

Watch the full spot below:

We're up for this.