You can also listen to the latest episode of the Techathlon podcast. 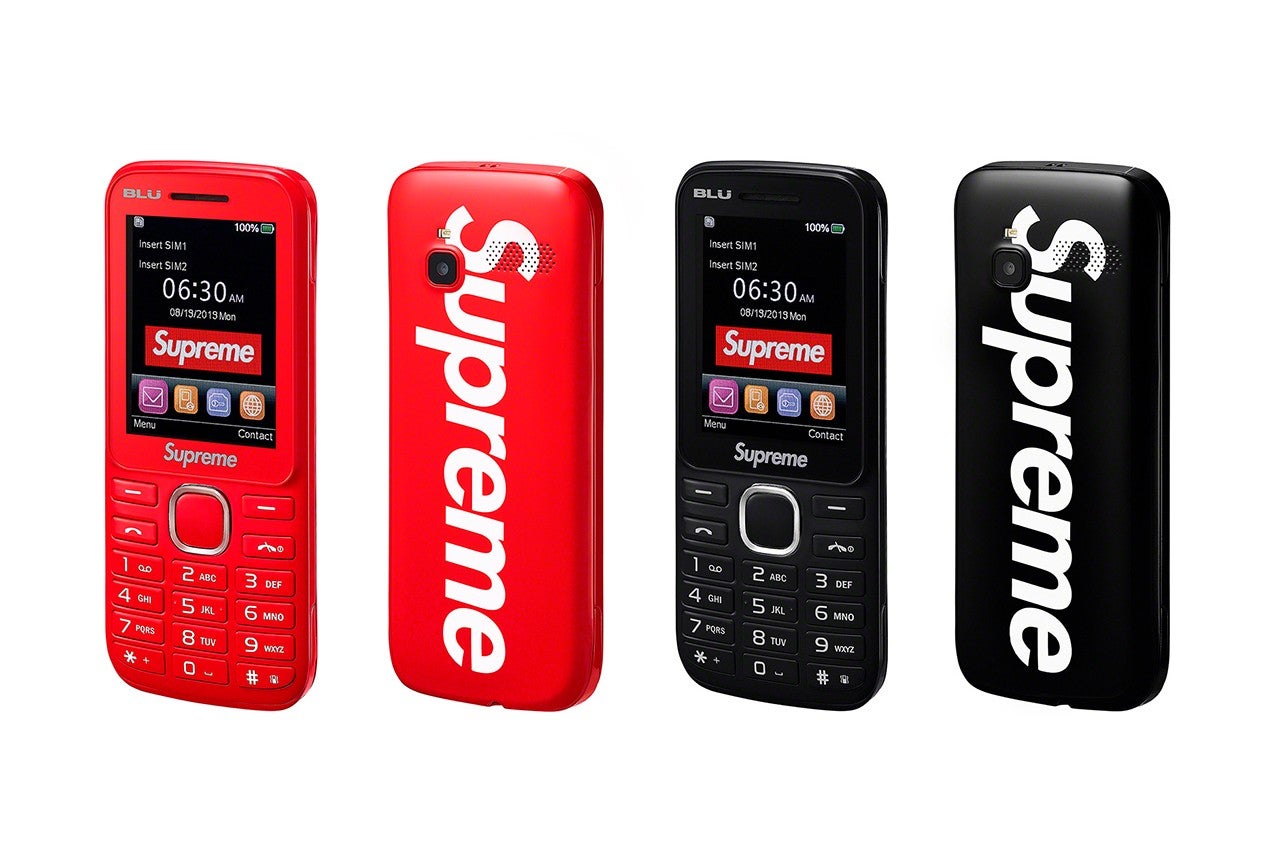 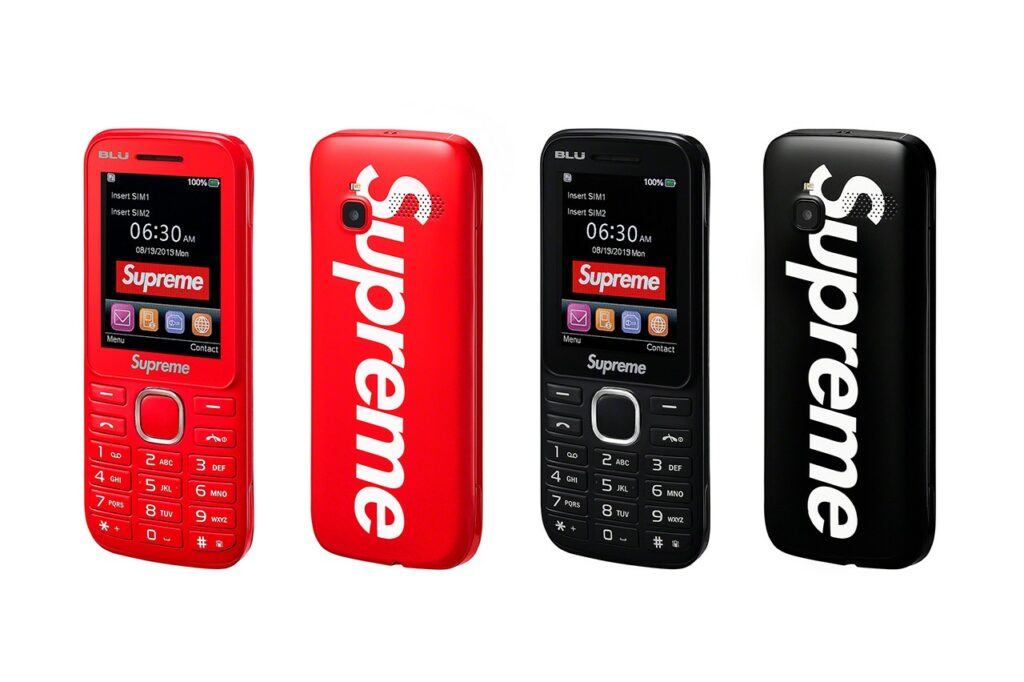 You can almost smell the cotton candy vape when looking at this photo.

Choosing a cellphone used to be a lot more fun. Before the dawn of the smartphone, aesthetics played a much bigger part of the decision-making process. Did you want a shiny, pink Sanyo Katana flip phone? Or maybe a translucent blue Kyocera candy bar? Now we labor over important-but-boring stats like screen resolution and battery capacity in milliamps.

This week, however, streetwear company Supreme “dropped” its upcoming branded burner phone, and it felt a little like old times. On paper, the phone has stats that are one step up from something you’d get out of a claw machine at the arcade. The Verge suspects that it’s a rebranded Zoey 2.4 phone, which means it has a 2.4-inch screen and 128 MB of storage built-in. But, like just about every Supreme product, the real appeal is in the hype. Anyone in the know who sees that logo will know that you managed to get your hands on a limited edition thing and now you’re willing to put up with its insane limitations in the name of fashion and hype. It’s like wearing really uncomfortable shoes. Sure, they make your feet bleed and they’ll disintegrate if you step in a puddle, but they’ll get you a lot of Instagram likes.

There’s no pricing information on the Supreme phone just yet, but chances are it will sell out before you can get one, and then it will cost a huge sum on the secondary market. If you don’t get one, however, I think my Kyocera candy bar is still kicking around here somewhere. It has roughly the same specs.

Just in case you were tied up in all the Supreme phone hype, here’s a recap of the tech and gadget news you need to know about from this week.

Listen to the latest episode the Techathlon podcast

This week’s episode of your favorite technology-based game show podcast dives into crucial topics like serious security breaches, the future of biohacking, and the inherent risks of living in a connected home. You’ll never look at your smart toaster without a hint of suspicion ever again.

You can listen in the player above, add us on Stitcher, subscribe on iTunes, check us out on Anchor, and even follow along on Spotify.

Apple officially opened the application process for its new credit card to everyone this week. We took a deep dive into the card here, so you can decide whether or not you want to apply and use the it for all of your ill-advised weekend purchases. While the Apple Card is primarily a digital entity, it does come with a physical version made of titanium, complete with care instructions to keep it looking immaculate.

Google officially named the next version of Android

If you were hoping for an adorable, dessert-themed name for the next version of Android, you’ll be disappointed to find out that it’s officially called: Android 10. The sweet-themed names went alphabetically, so going with Android 10 is a lot easier than trying to think of a reasonable title that starts with the letter “Q.” Though, some reports say internal Android team members are keeping with the tradition and calling the software Android Queen Cake.

Take a look inside the new Porsche Taycan, the company’s first all-electric vehicle 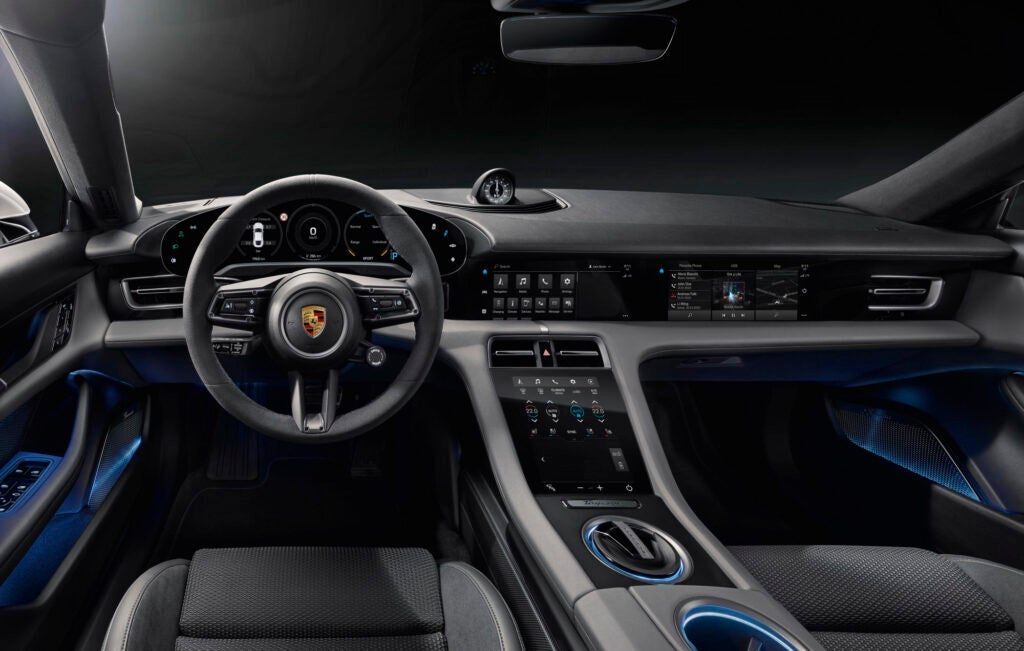 That’s the kind of interior that makes you want to put on driving gloves like you’re a cool actor from the ’70s.

We don’t know what the first electric Porsche looks like on the outside just yet, but the company released a picture of the cockpit to get fans excited for the September 4th release. As you may have guessed, it has both a steering wheel and a bunch of screens. There are pedals, too. That center console seems like a great place to rest the Popeye’s chicken sandwich you bought because it went viral on Twitter this week.

There are few sounds as iconic as the THX Deep Note. The synthesized tone plays in THX theaters before movies to show off the audio prowess of the speakers. The new version is just over a minute long and integrates a bunch of movie sound effects before finally resolving in the familiar drone.

Minecraft is getting a serious graphical overhaul

Ray tracing is the buzzword in computer games at the moment. The latest generation of graphics processing chips enables games to create more realistic imagery thanks to tech that was previously only available to movie special-effects artists. Minecraft is an unlikely candidate for fancy graphics since the blocky visuals are so inherent to its charm, but the demo released by Nvidia this week is rather impressive.