Contacting aliens could save us or destroy us 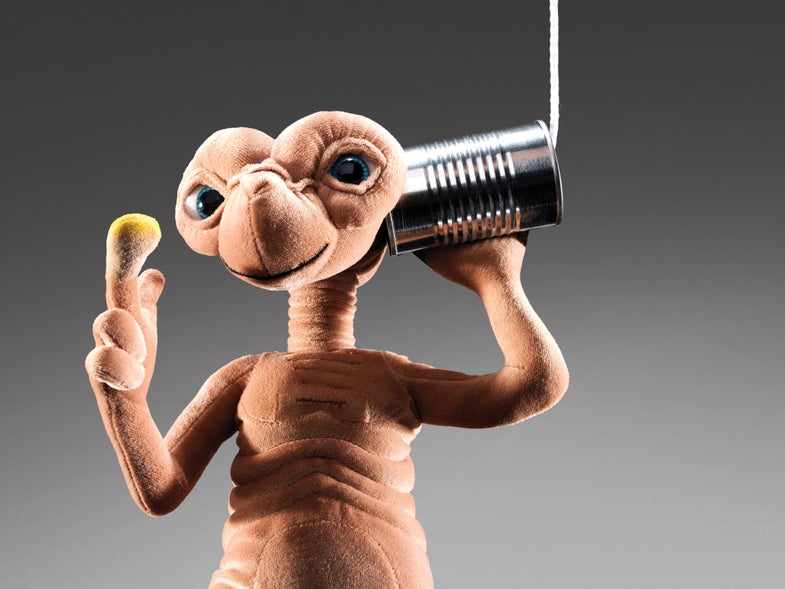 In our search for extraterrestrial intelligence (SETI), we humans have mostly just waited, and listened, for aliens to contact us. But in February, policymakers, philosophers, futurists, and astronomers convened to debate a new approach: contacting aliens directly.

Initiating active SETI is no small decision. Sure, we’ve tacked messages onto the occasional space probe, but transmitting detectable signals to habitable zones hundreds of light-years away requires commitment. Operating the Arecibo telescope’s radar for a year would run up a bill of some $2 million; future, more powerful broadcasters will suck up even more energy. Plus, we may signal for thousands of years before we reach anyone, and it could take just as long to get a response.

Some astronomers fear announcing our existence may attract the attention of civilizations bent on destroying Earth or mining its minerals. It’s a point Stephen Hawking has argued before: “Advanced aliens would perhaps become nomads, looking to conquer and colonize whatever planets they can reach.” John Gertz, former chairman of the board at the SETI Institute, suggests banning contact altogether. “You’re going to risk the entire fate of the planet just to get a conversation going?” he asks.

The fact is, TV and radio transmissions have long been leaking into space, weakly pointing to life on Earth. We don’t know whether life is even out there, let alone whether it wields laser blasters. Adam Korbitz, an attorney specializing in SETI, argues there could be more danger in remaining a wallflower: “Our long-term survival may depend on joining the galactic club.” Advanced civilizations might have engineered a way out of climate change or cracked the code on quantum physics.

If we hold off, we may miss an opportunity to understand the mys­teries of the universe–or at least learn that we’re not alone. It’s time we make the first move.

How We Could Talk To Aliens Today

1. Blast a laser that will outshine the sun for a nanosecond so it can’t be missed.

2. Broadcast the whole Internet, which is redundant enough to be self-decoding.