Apple is readying the next one 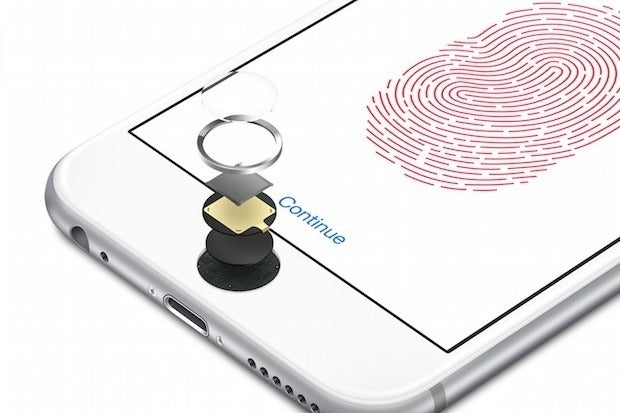 The iPhone 7’s release date isn’t coming anytime soon, but that isn’t stopping Apple from iterating. The company’s current flagship device, the iPhone 6S, brought 3D Touch, Live Photos and faster fingerprint scanning—all features we tested in our review. For next year, however, Cupertino is readying the 7 to have an interesting security feature: panic mode.

According to a recent patent filed by Apple, upcoming iPhones could could have a feature that lets users activate an emergency panic mode depending on which finger is pressed against the Touch ID scanner. Users could presumably set their thumb print to unlock their device and assign their pointer or middle finger to enter the emergency mode. The patent application dictates that this panic could immediately transmit an alert to the authorities, record photos and video of the situation, and grab audio. The phone could also “emit a beacon signal,” presumably sending the user’s location to important parties.

With fingerprint sensors found on many iPhones going all the way back to the 5S, we could see the safety feature make its way to legacy devices as well.

Apps that allow for surveillance are nothing new. The iPhone gains access to a similar set of actions based on wrong passcode inputs with the app iCaughtU. Entering the incorrect passcode too many times or attempting to shut off the phone results in a photo being snapped using the front-facing camera. Unfortunately a jail-broken device is required for the app to work.

In addition to new features coming to Touch ID, Apple is rumored to have started ordering parts for the iPhone 7. Despite having just released the iPhone 6S in September, Apple has put in orders for Synaptics-made touchscreens. According to DigiTimes the company ordered the screens for their 2016 line of phones, which has some under the impression these screens will be used in the iPhone 7.

Ordering screens from Synaptics also indicates that Apple won’t be using their own, in-house solution for their smartphone’s touchscreen. Not yet, at least.

The new Touch ID panic mode and other rumored abilities like iCloud Voicemail could make the next phone and iOS 10 very compelling for those due for an upgrade. Though with Apple’s reliance on keeping secrets, we’ll have to wait and see before we know for sure. The iPhone 7 release date won’t hit until around September 2016.