How Delaying A Subway Train Fixes A Subway Delay

An annoying part of your commute, explained in a cute 8-bit video 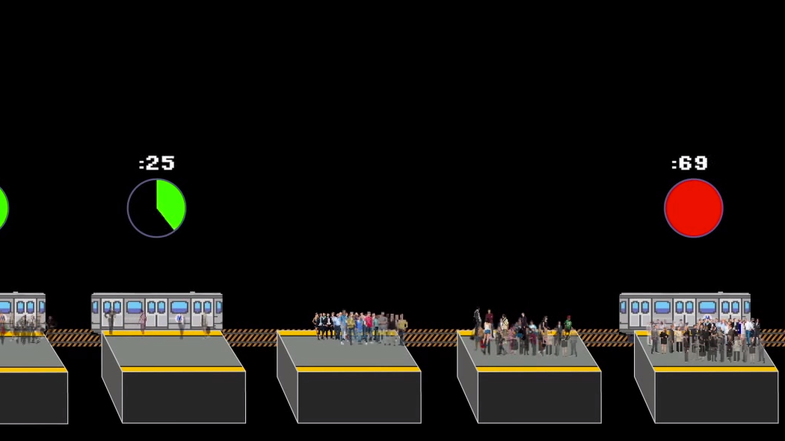 To a harried subway passenger, learning that there’s a delay ahead can trigger groans, rolled eyes, or mere stoic despair. But commuters might be even more annoyed if they realized the track ahead was perfectly clear: Sometimes, the system holds a train in place to fix a delay behind it. In this 8-bit video, the Metropolitan Transportation Authority explains how slowing down one train can actually reduce the total delay on the line.

It all has to do with maintaining an even gap between trains. Otherwise, a small delay will swell into a large “service gap” between the slow train and its predecessor. The gap increases because the lagging trains must linger longer and longer at each platform to let the growing crowd of impatient commuters board. Pausing the train in front to let the slow train catch up helps maintain an equal spacing between vehicles and keep the system running smoothly. This same principle can prevent traffic jams between automobiles. As Kate Baggaley suggested in the April 2014 issue of Popular Science, “Pay attention to the car behind you, and maintain an equal distance between it and the car ahead. With a buffer, if the driver in front briefly brakes, you won’t pass the hiccup along.”

So next time you hear, “Ladies and gentlemen, we are being held momentarily by the train’s dispatcher,” you’ll know why the MTA is asking you to be patient.